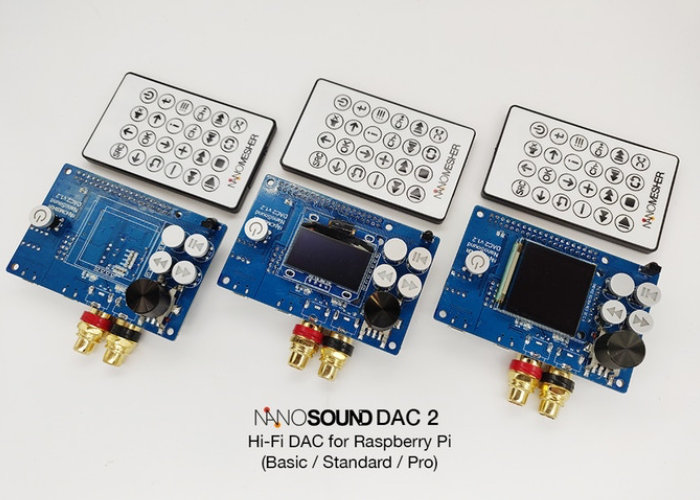 For those of you not familiar with the original NanoSound DAC, one of the most successful Pi Audio Products launched via Kickstarter in recent years. The NanoSound DAC is a Raspberry Pi add-on board equipped with HIFI DAC, LDO Voltage regulator, OLED display, power switch, control buttons and infrared remote control. Now its creators Nanomesher have taken to Kickstarter to launch the second generation board in the form of the aptly named NanoSound DAC 2, the world’s first Raspberry Pi DAC fitted with a colour OLED display, onboard dual clock, improved sound quality and more. Check out the video below to learn more about the latest generation NanoSound DAC board.

The NanoSound DAC 2 is now available to back via Kickstarter with earlybird pledges available from £31 and worldwide delivery expected to take place during May 2019.

Full Specifications of the NanoSound DAC 2 :