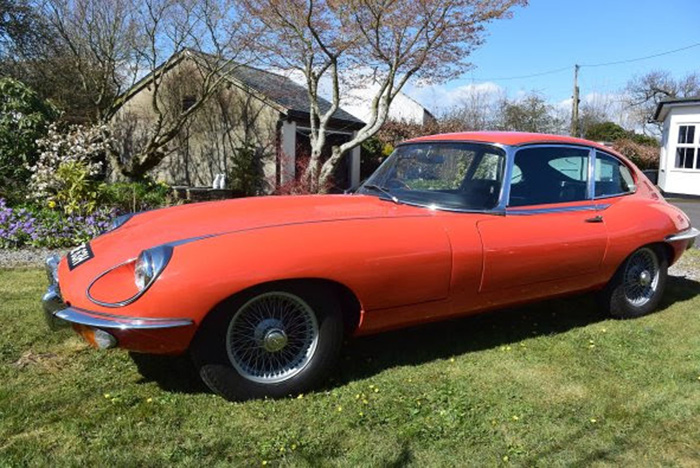 A rare 1970 Jaguar E-Type is heading to auction that wears a unique color from the factory called Porsche Tangerine. The orange color makes the car rare, as does its first owner. The car was originally sold to the Daily Express newspaper in London by a dealership called Henlys of London in May 1970.

The car was used as the company car of iconic British cartoonist Raymond Jackson, best known by his pen name JAK. The car’s original registration was personalized “JAK 449.” The 1970 Jag has had three owners since new, with the current owner having the vehicle for 45 years.

H&H expects the car to bring up to £55,000 auction. Bidding will be available online, in person, and by telephone. The vehicle has been nicely restored with minor modifications over the years, including an engine rebuild in 2010. This is an iconic car in fantastic condition in a rare color with celebrity ownership in its past.