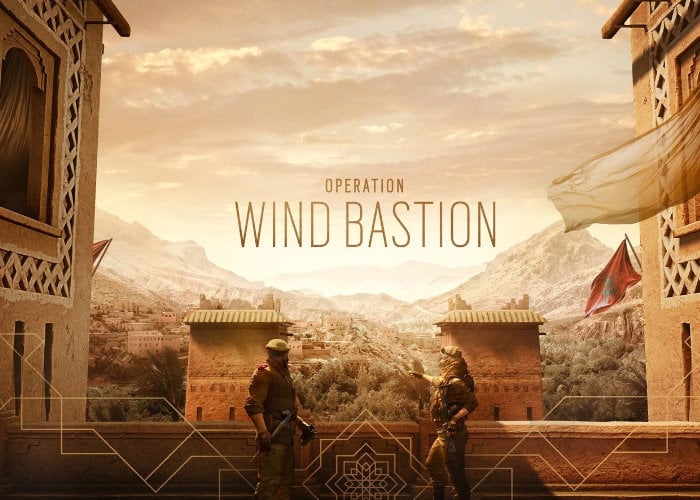 A new teaser trailer has been released for the upcoming Rainbow Six Siege Operation Wind Bastion Fortress map which is based on real and the existing structures. The large daytime map features a mudbrick kasbah and iconic architecture unique to the southern region of Morocco.

“Our Level Designers are excited to finally present a fortress map for a game with “Siege” in its name. This is the first map heavily associated with an Operator. As such, the Dev Team created a fortress fit for a commander atop a hill with a 360 degree view.”

“Operation Wind Bastion is a “classic” seasonal update, packing two new playable Operators tied to the season’s Moroccan theme. Both hail from Morocco’s Groupe d’Intervention de La Gendarmerie Royale (GIGR) counter-terrorism unit, under the Royal Moroccan Armed Forces. And as with prior seasons, there are new recruits for both attacking and defending forces.”