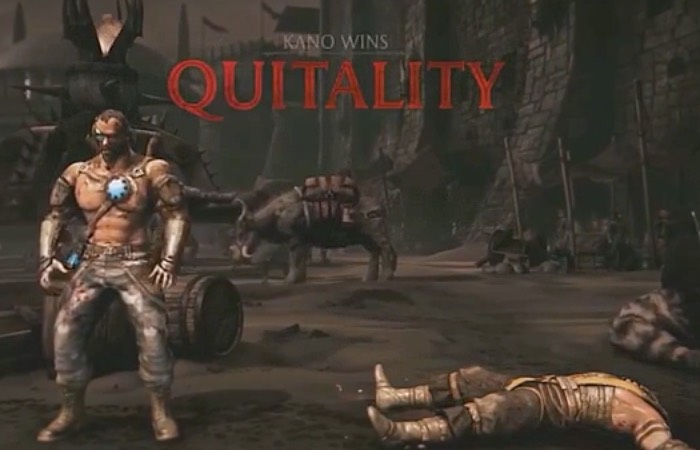 A new feature has been unveiled this week for the upcoming new Mortal Kombat X fighting game called Quitalities which will explode a player’s head if they trying to quit the game during a fight.

Once the cowardly player quits again if they feel it isn’t going their way the opposing player will receive a flawless victory and the quitters head will explode. Check out the video below to see the new feature in action.

The new feature was unveiled via a stream last night from the games developers NetherRealm and has been put in place to encourage gamers that fight to the bitter end, or that Quitalities mode will kick in “making the winner look better” says NetherRealm.

NeetherRealm has also announced that Predator has been confirmed as a guest playable character in the game and that the PlayStation 4 version of Mortal Kombat X will support PS3 fight sticks.

“Like previous entries in the series, Mortal Kombat X is a fighting game in which two players fight against each other using a variety of attacks, special moves, and gruesome Fatalities. The energy meter, first introduced in the previous Mortal Kombat game, allows players to perform techniques such as “X-Ray” special moves.”