Accident evidence, that is. Unfortunately the wrong angle is what’s most prominent in the promo pic below. Behind the seat is a Cervellum Hindsight that takes video on a constant loop until its accelerometer detects a mishap, which triggers 10 seconds of recording and then zip, it shuts down. 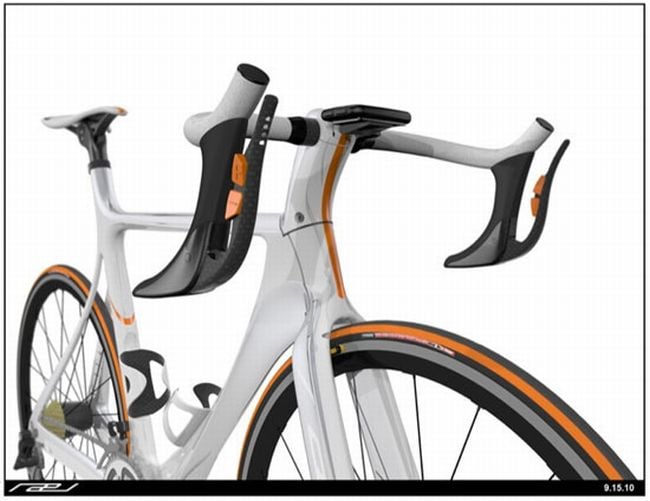 What happens with digital evidence at hand is best left to the imagination, though some drivers may get hot under the collar once presented their misdeeds. Ho about those referee magnet cards we featured some weeks back?

Snazzy looks aside, the rest of the bicycle is pretty standard, even if the handlebars are extra futuristic with their unique grips. Check those brakes as well—upside down, right? It’s for extra performance, so the rider’s grip isn’t as strained when cycling real fast. Oh, and the Cervellum cam? It can be fed into a small screen up front for a live streaming rearview mirror.

Since it’s a concept, expect this to hit stores at an unknown date at an unknown time. Even then, at least us mortals can marvel at designer Evan Solida’s functional artistry.