The Radxa Rock is the first quad core developer board based on the powerful Rockchip RK3188 SOC and has been created by one of the original designers of the Cubieboard line of developer boards. 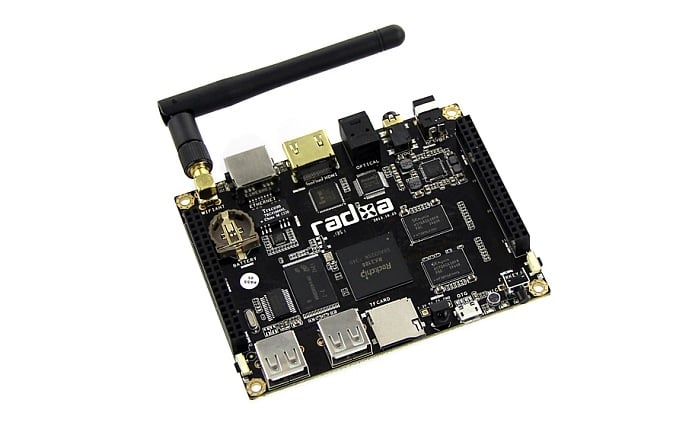 “The first developer board to sport the quad core Rockchip RK3188, the Radxa Rock is very impressively placed in terms of raw power. The Radxa Rock comes standard with basic clear plastic open case and mounting screws, which gives the board a stylish look and basic protection. In addition to the basic connectivity options, a lower level extended IO interface is also offered which gives access to the rest of the SOC functionality”

The Radxa Rock is designed for power and versatility with official Ubuntu Linux, Android, and dual boot images available. For more information on the new Radxa Rock and to purchase for $99 with a 2GB RAM and 8GB NAND kit jump over to the Miniand website for details.