InVisage Technologies, a Californian company has developed a new image sensor that could possibly increase sensor performance by up to four times, which means we could end up with high quality cameras in our mobile phones.

The Technology uses quantum dots instead of silicon. A quantum dot is a nanocrystal that is made from special semiconductors, and this allows the manufacturer to have much more control over its conductive properties, making it a lot more efficient at absorbing light. 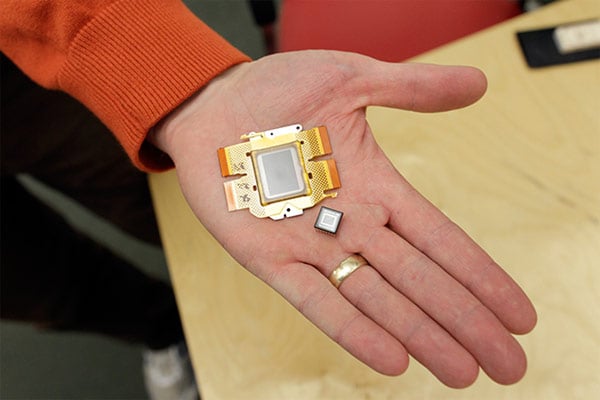 Quantum dots are currently produced by other manufacturers, but they have never been used in image sensors before. At the moment the quality of pictures is measured by megapixels, but this new technology could improve pictures significantly using the same megapixels that are found in todays camera phones.

It will be interesting to see how the technology develops, and what sort of quality of pictures can be produced from mobile phones using it. The technology could also be used in other cameras to improve image quality like point and shoot cameras.