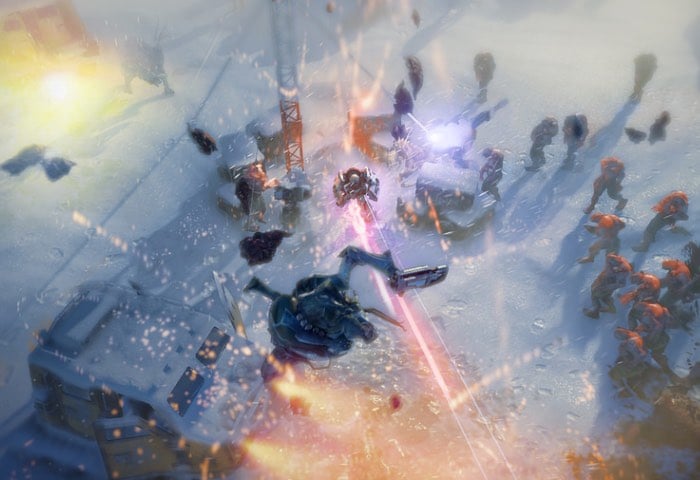 During the Paris Game Show 2015 this week footage and gameplay were unveiled of the new upcoming game Alienation, which was first unveiled earlier this year during E3.

Players take on the role of mercenaries that can ravage solo or team up in squads of four, assuming the role of a Bio-Specialist, Exo-Skeleton or Saboteur.

Playing Alienation live on stage at the PlayStation press conference was initially a somewhat terrifying prospect. The game was so cool to play on that huge screen that after just a few seconds of play I never wanted it to end!

Our goal for Alienation is simply to create the definitive top-down shooter with awesome visual effects and layers of gameplay that will keep you coming back for more. The game is designed to encourage players to work together, combining their skills and firepower to avoid getting caught in a situation as shown in the image above.

Unfortunately no information on pricing or worldwide availability has been released as yet by the games publisher, but as soon as information comes to light we will keep you updated as always. For more information in the mean time for the Alienation PS4 game jump over to the PlayStation website for details via the link below.