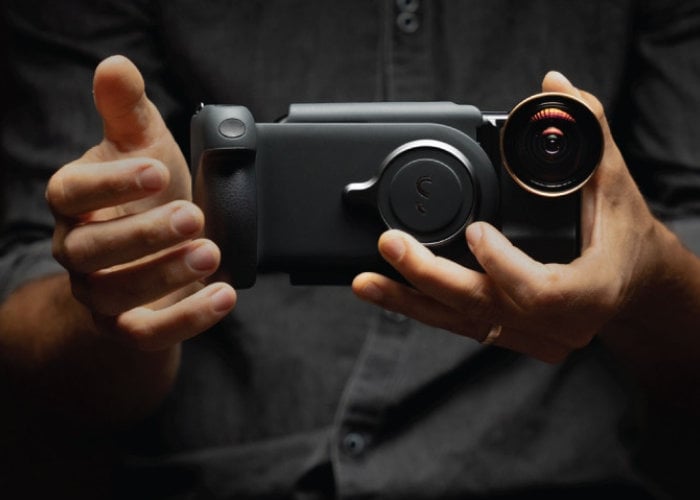 Smartphone photographers looking for an ergonomic battery grip to help capture both photography and video in comfort, may be interested in ProGrip. Launched by Kickstarter this month the project has already raised nearly $300,000 thanks to over 2,000 backers with still 54 days remaining.the project was fully funded in less than 60 minutes and early bird pledges are available from $94 or roughly £76 offering a considerable 37% saving off the recommended retail price.

“The ProGrip is not just evolutionary, it’s a multifunctional Battery Grip that redefines mobile photography and videography.”