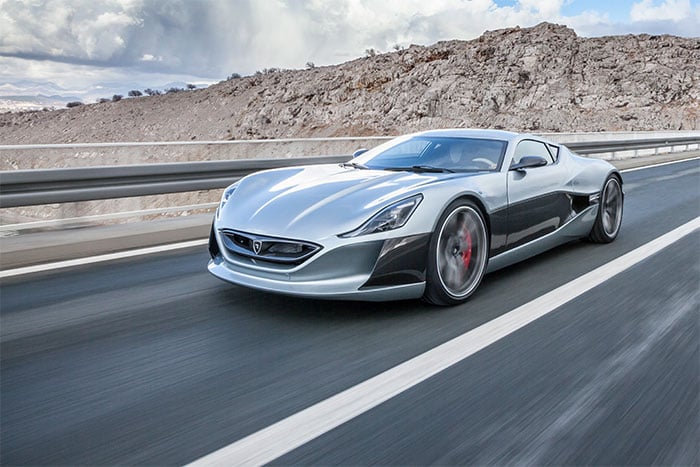 Rimac Automobili has announced that it will be unveiling the production version of its all-electric hypercar called the Concpet_One at Geneva. If you are unfamiliar with this car, it is powered by four permanent magnet electric motors with one electric motor for each wheel located in the center of both axles. The car claims a perfect weight distribution and low center of gravity.

The total power output is 1088hp with 1600 Nm of torque. The Rimac All Wheel Torque Vectoring system is able to calculate optimum torque for each wheel thanks to data from sensors around the chassis and suspension. That allows for improved grip and better performance. The car claims to go from a standstill to 100 km/h in 2.6 seconds.

The car also claims to reach 200 km/h in 6.2 seconds and 300 km/h in 14.2 seconds. The torque vectoring system also handles electric ABS function, traction control, and stability control. The 4-wheel regenerative brake system can brake at up to 400 kW and the brakes themselves are carbon-ceramic. Other features include driver selectable drive modes, including a drift mode. The car also has an integrated race telemetry system and only eight of the cars will be made.