According to the online advertising the new Robin will be a “playable character” in two challenge maps within the Batman:Arkham City, if you pre-order the game from Best Buy. 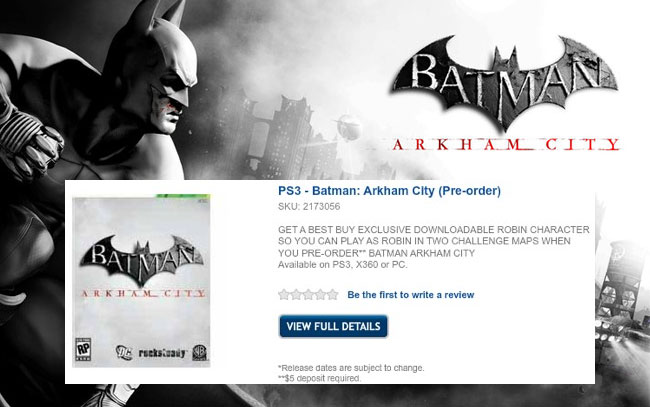 Unfortunately the product advert has been removed from the Best Buy site at the moment but is still available through Google Cache. Batman” Arkham City is available to pre-order for $60on the Xbox and PS3 and $50 on the PC.