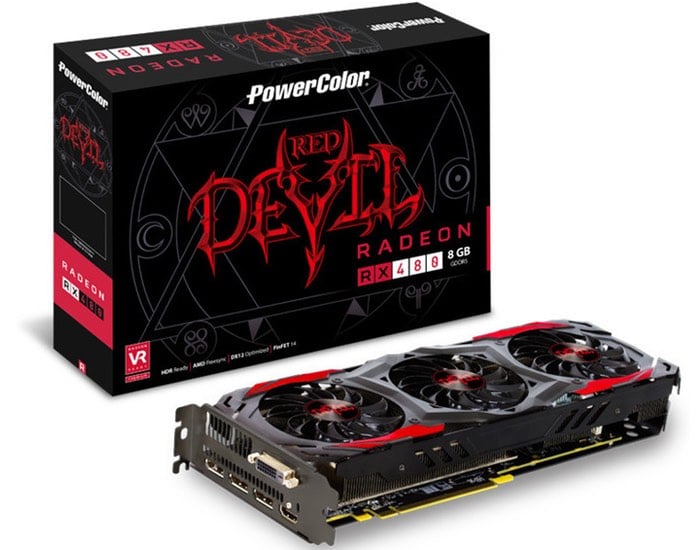 PowerColor has today unveiled their latest graphics card in the form of the Radeon RX 480 RED DEVIL which is equipped with three cooling fans and based on AMD’s latest GCN 4 architecture designed for GloFo 14nm FinFET.

The PowerColor Red Devil RX 480 8GB GDDR5 graphics card has been created to push the 8GB of GDDR5 to its limit offering 2304 stream processors and a 1330MHz core clock speed together with a 2000MHz memory clock speed.

The Red Devil RX 480 will be available to purchase later this month from July 29th onwards and is priced at $269.

Run multiple displays from a single graphics board and expand your gaming field of view across all displays. A new design for AMD’s unified graphics processing and compute cores that allows them to achieve higher utilization for improved performance and efficiency. AMD App Accelerator creates a “co-processing” environment in which the compute processing potential in your AMD Radeon™ Graphics processor works together with the system central processor, to accelerate enabled applications.

Supports the latest stereoscopic 3D content and display technologies Play 3D games, watch Blu-ray 3D videos, and edit 3D photos on your 3D Monitors, TV, or projector. Next-generation API support for high-performance real-time graphics. Taking the best and brightest parts of Mantle to serve as its foundation, Vulkan™ is going to be one new and uniquely powerful graphics API. 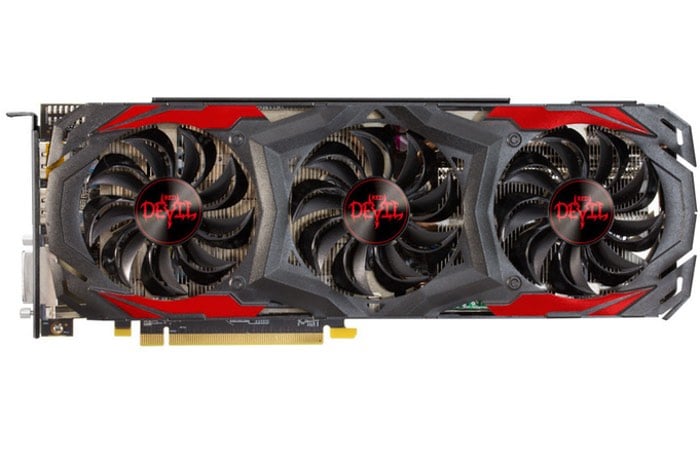 For more information on the new Radeon RX 480 RED DEVIL jump over to the official website for details by following the link below.