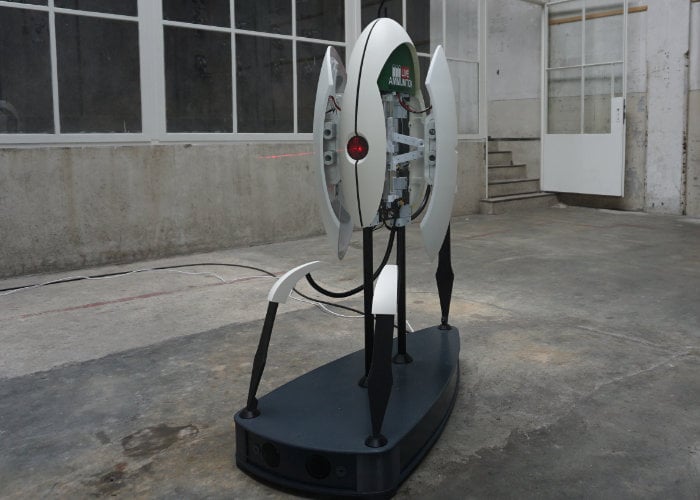 A new life-size Portal Turret has been created using 3D printer parts which took over 300 hours to print and is capable of firing up to 400 rounds per minute thanks to the four fully functional Nerf guns integrated into the design. The flywheels powering the nerve guns are made of quadcopter outrunner motors, and spin at 25000 rpm. The theoretical speed of each dart is over 100km/h says it’s creator, although in reality it is probably a bit lower. Each gun holds around 18 darts and can shoot 2 darts per seconds to keep your house and possessions safely guarded. 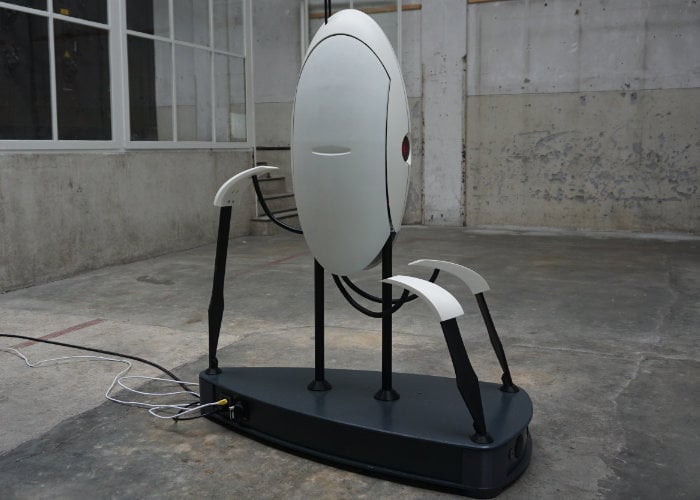 The turret is controlled using an Arduino Mega for the movement, and a Raspberry Pi mini PC for the audio via the speakers in the base and video from the camera in the head. Ultimately the Pi mini PC makes the decisions, though the Arduino is the one that does all of the moving and shooting.

“Follow us, Aperture Science, as our scientist puts our newest product through it’s paces, the Sentry Turret. It can see, it can move, and most importantly, it can shoot. Ok, all joking aside, this is a fully scale, fully functional portal turret I have been working on for the past half a year. It is a completely 3D printed, scale 1:1 turret from the game portal. It can open and close, move its guns around, and has a laser in it’s eye that can be aimed. A camera in the turret can track targets, and it can shoot said targets with 4 nerf guns.”

For more information on the build jump over to the YTec website by following the link below, where all source files for the 3D printed parts are available.