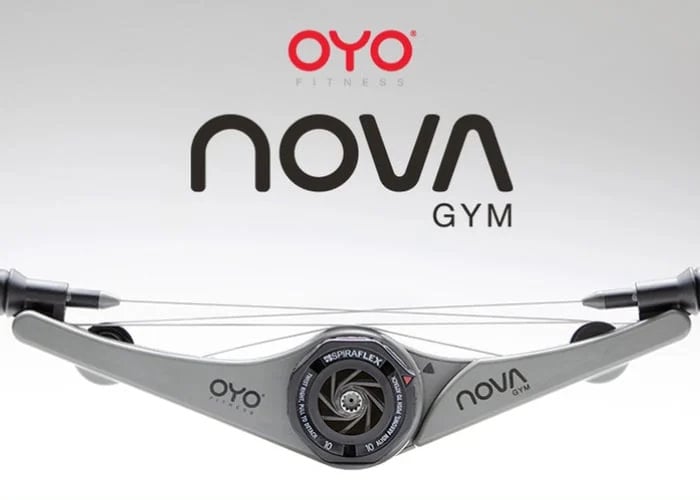 A new portable workout system has been launched by Kickstarter, raising over $3.3 million thanks to over 12,000 backers with still 28 days remaining on its campaign. The OYO Nova Gym is available to back from $149 or roughly £123, with free shipping included throughout the United States. Watch the demonstration video below to learn more about the unique gym and fitness system that is small enough to fit in your bag. 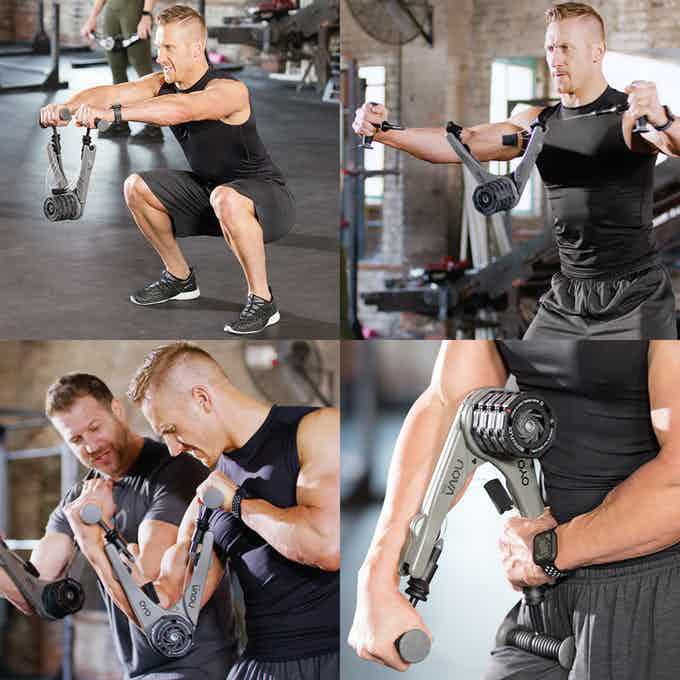 “The OYO NOVA Gym is the next evolution in our line of portable gyms. Based on feedback on our incredibly successful OYO Personal Gym (was 2nd highest funded fitness product in Kickstarter history), we’ve created a new heavy duty, higher resistance, portable gym that provides total body strength training, at home, office, or on the go.”

“OYO Fitness founder Paul Francis invented the first resistive exercise device for space, the NASA iRED, incorporating his patented SpiraFlex technology. Before launch, NASA funded a 16 week study comparing SpiraFlex to free-weights. The study found that the SpiraFlex group had the same improvements in strength and muscular growth (hypertrophy) as the free-weight group. For 10 years over 50 crew members on the International Space Station have kept in shape using our SpiraFlex technology.”

“The Nova Gym is the only fitness device that provides abduction and adduction during a single exercise movement, building a balanced in less time. Also, as it does not require the vertical of gravity, you can perform exercises in all planes of movement, without extra equipment like a bench.”