Porsche has launched two new high end versions of the Porsche Boxster and the Porsche Cayman, both models are new Grand Turismo Sport models or GTS.

The Porsche Boxster GTS and the Porsche Cayman GTS comes with an uprated engine and PASM Chasis, plus new exterior styling. 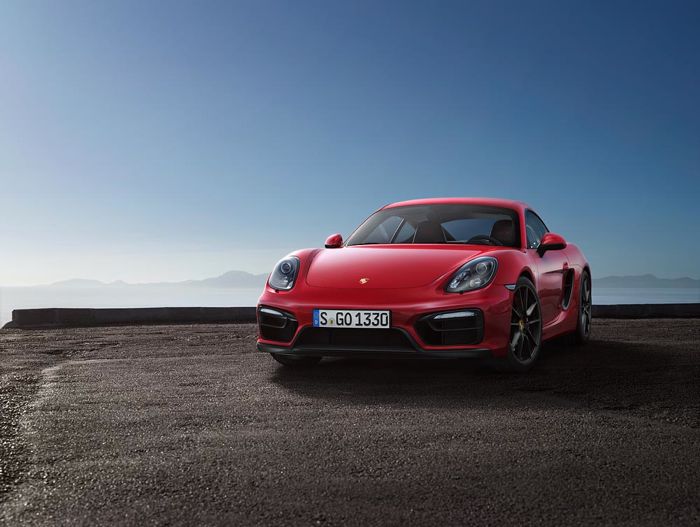 The six-cylinder boxer engines fitted in the new top models are based on the 3.4-litre engines from the Boxster S and Cayman S respectively. Thanks to optimised fine tuning they now deliver an additional 15 hp (11 kW). This means that the Boxster GTS now has an output of 330 hp (243 kW), whilst the Cayman GTS delivers 340 hp (250 kW). The torque has also increased by ten newton metres in each model. What’s more, the Sport Chrono package is a standard feature in both mid-engine sports cars. This means that in conjunction with the optional Doppelkupplungsgetriebe (PDK) and the active Sport Plus button, the Boxster GTS sprints from 0-100 km/h in 4.7 seconds, whilst the Cayman GTS is even a tenth of a second faster. Both vehicles therefore set new reference values. 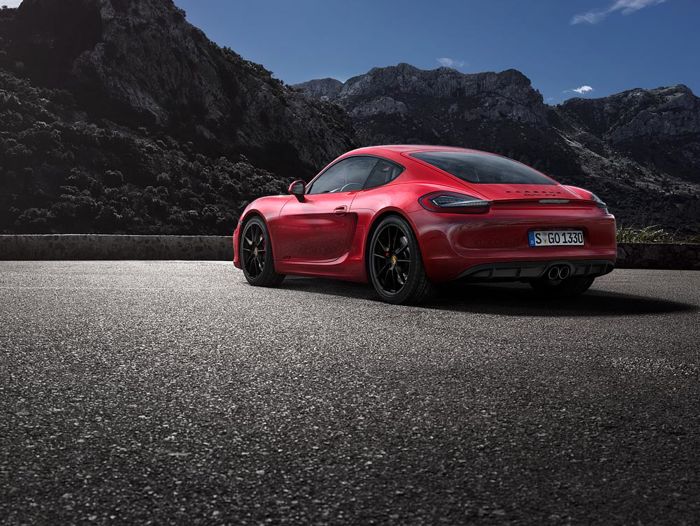 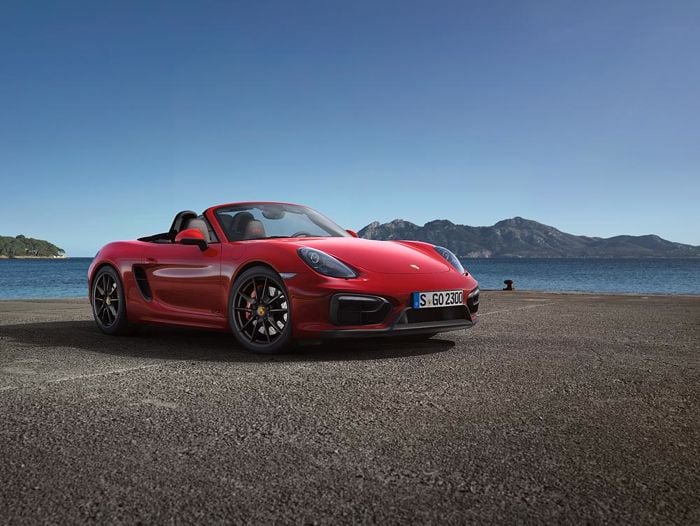 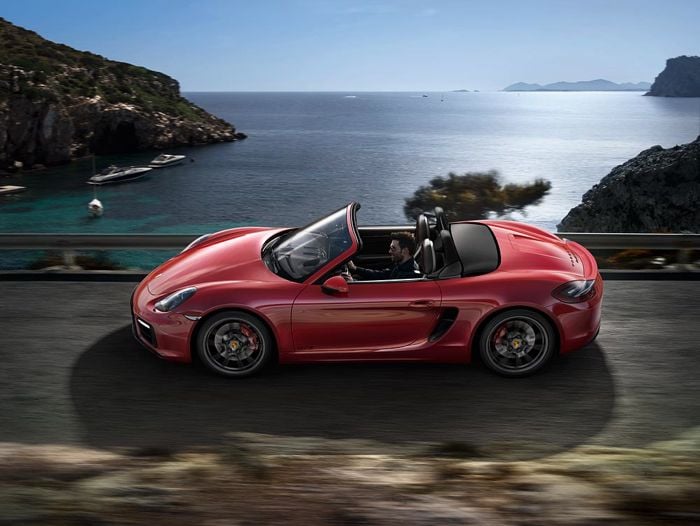