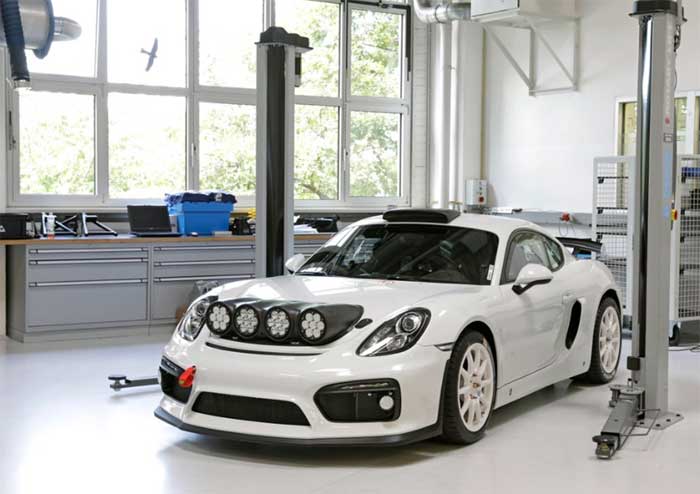 Porsche Motorsport took to Twitter to tease a concept car that it will be showing off at the German WRC round. The car is a rallye modified version of the GT4 Clubsport road racer that debuted back in 2016. Little in the way of detail was offered on the car.

What we know is that if there is interest a production version could be made. Porsche Motorsport says it will make that decision later this year. The car appears to be the same Clubsport for road racing with some other tidbits thrown in. it has a roof scoop, LED lighting on the hood, roll cage, and could have other changes.

The Cayman GT4 Clubsport is just a concept car for rallyes. At the German @wrc round Rallye Deutschland ?? we will collect feedback from the rallye scene. The decision if a similar car based on a future model could be developed will be made later in the year. pic.twitter.com/5ivCActHbH

There is no indication of what engine the car uses, presumably the same flat-six from the Clubsport racer. Check out the tweet above for all the images of the car, it looks cool.