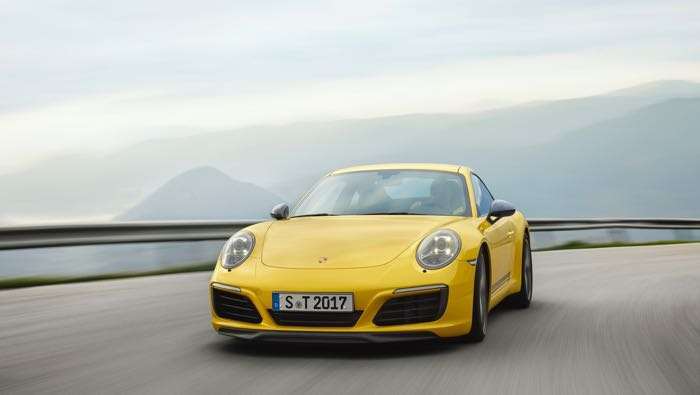 Earlier today we saw the new Porsche 911 Carrera T, which is a lighter version of the 911 Carrera that is designed for improved performance and also to be a more driver focused sport car.

Now Porsche has released a couple of videos of the new 911 Carrera T in action we get to hear the engine and see it go for a spin, have a look at the videos below.

Porsche has also released a promo video for the Porsche 911 Carrera T which you can see below.

The 911 Carrera T is around 20 KG lighter than the standard 911 Carrera, the car comes with 370 horsepower it has a 0 to 62 miles per hour time of just 4.5 seconds with the manual gearbox.