Microsoft Xbox One gamers in the market for a new headset might be interested to learn that the Polk Audio 4 Shot Xbox One headset will be launching on March 6th 2014 and will be available to purchase for $160.

The 4 Shot Xbox One headset has been designed thanks to a collaboration between Polk Audio, 343 Industries the creators of the latest Halo game and Turn 10 Studios creators of the Forza Motorsport series of games. 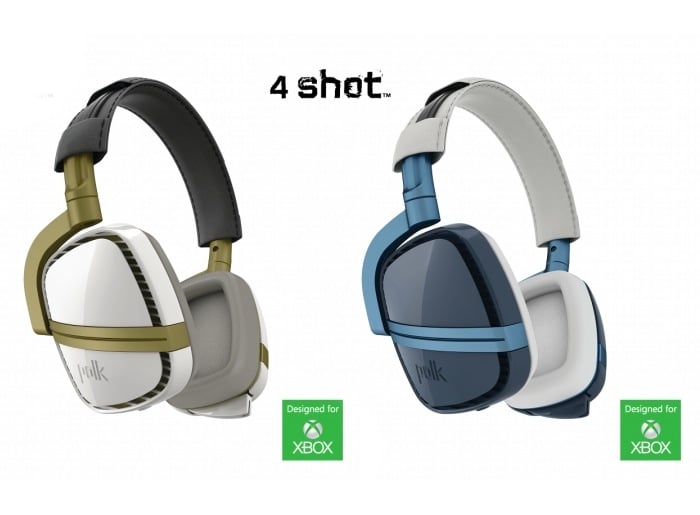 “Since unveiling the 4 Shot at last year’s E3 Expo, the excitement has grown in response to its anticipated launch,”-“We worked diligently with Microsoft to create a headset that combines complex audio found in the gaming world with rich, exhilarating sound typical of Polk’s engineering. We know there’s a substantial demand for Xbox One headsets, and we’re proud to be the first company with retail availability of a headset specifically licensed for the console.”

Microsoft will also be releasing their new Xbox One headset in March together with a new Xbox one compatible headset from Turtle Beach. Offering plenty of choice for next-generation Xbox One gamers to choose from if they headset is looking a little scruffy or needs upgrading to complement the new Xbox One console.

For more information on the new 4 Shot headset jump over to the Polk Audio website for details.