Yesterday we saw a leaked photo of a new Android powered interchangeable lens camera from Polaroid, and now Polaroid has confirmed the devices existence and have said that the camera will debut at CES in January 2013. 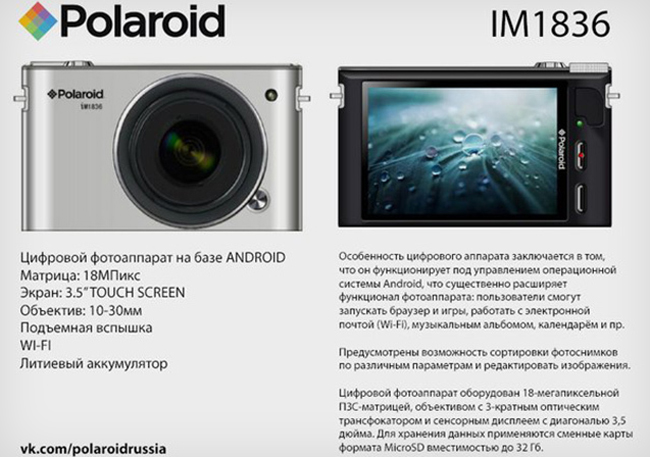 “There will be an Android powered, interchangeable lens camera introduced by Polaroid at CES 2013,” Scott Hardy, president and CEO of Polaroid told Imaging Resource in an emailed statement. “Additional information and specs will be released during the show.”
We previously heard that the Android powered camera from Polaroid will feature an 18.1 megapixel sensor and a 3.5 inch display, and will come with interchangeable lenses we should have full specification on the device in January.