Samsung recently launched their Android powered Galaxy Camera, and now it would appear that another company may be working on a camera with Google’s Android as its OS.

The photo below shows a leaked Polaroid IM1836 camera, which is a touchscreen device that will feature an 18.1 megapixel sensor and a 3.5 inch display, the device is said to run Android. 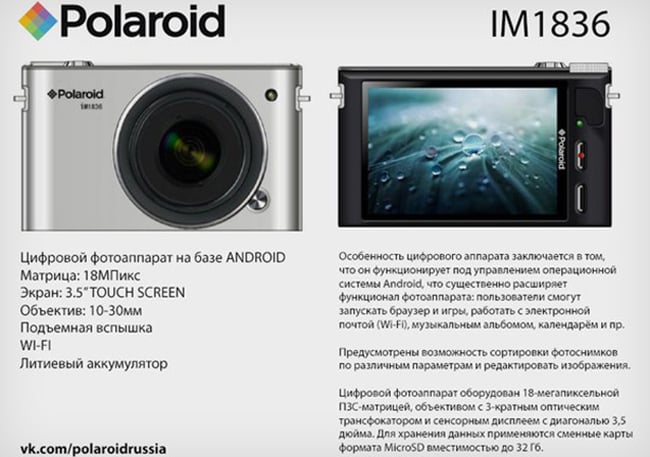 The Polaroid Android camera will apparently come with interchangeable lenses, and the device may debut at CES 2013 in January, as soon as we get some more information we will let you guys know.