PNY have unveiled their latest creation at E3 this week in the form of a liquid cooled Nvidia GTX 580 graphics card, which provides significant benefits, with up to 30% cooler temperatures, quieter acoustics, and faster performance when compared to a standard NVIDIA GeForce GTX 580 graphics card.

The PNY liquid cooling system is powered by Asetek well know for providing liquid cooled PC solutions and includes a version with an extended  liquid cooling circuit and allows the system to cool the computers CPU as well. 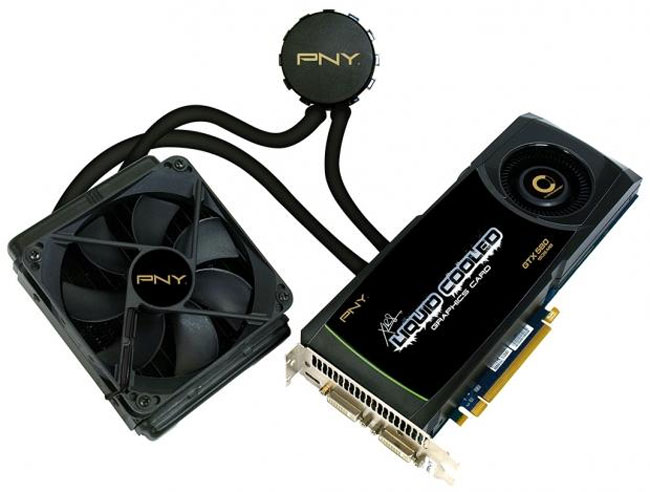 The new PNY Nvidia GTX 580 liquid cooled graphics card has been on display at E3 this week and for a limited time only, PNY is offering a pre-order promotional launch bundle on their new graphics card. The bundle includes a Liquid Cooled GTX 580, a 16ft HDMI Mini to HDMI Cable, a custom-built PNY 8GB ‘Liquid Cooled’ USB Flash Drive, and a ‘Liquid Cooled’ logo T-shirt.