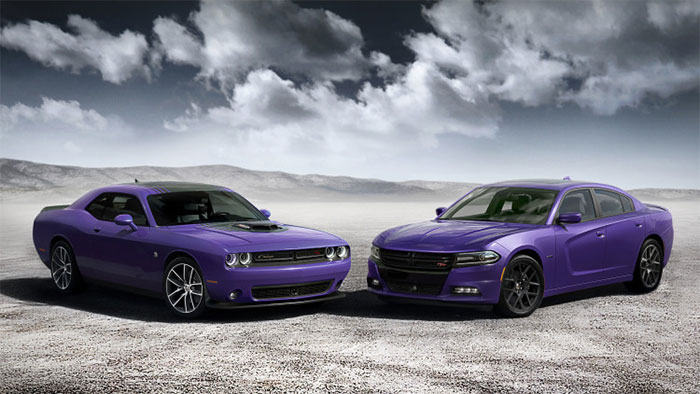 Back in the 60s and 70s, Dodge had some of the wildest colors in the muscle car era for its cars like the Challenger, Charger, and others. Some of those colors have come back in one form or another with the modern Charger and Challenger being offered in bright green and other colors. One of the most iconic colors Dodge had in the 60s and 70s was Plum Crazy.

The bright purple color is one of the best-looking colors of the muscle car era, and I am not a fan of purple. Dodge has now announced that it is bringing back Plum Crazy as an option on many 2016 Charger and Challenger models. The first public look at the modern Plum Crazy cars will be at the 2015 Woodward Dream Cruise.