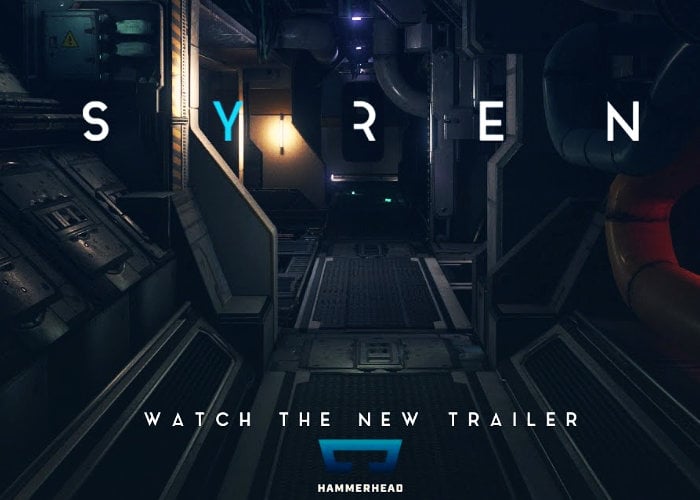 This month Hammerhead Interactive has launched their Syren game on the PlayStation VR platform after previously being made available for PC VR systems. Syren Has been designed exclusively virtual reality and engages players in a story during which a scientist obsessed with eugenics conducts horrific experiments in an attempt to recreate the lost species of ‘Syrens’. Unfortunately the  experiments have now escaped.

– EPISODE 1: You awaken into chaos, a lab in ruins; creaking under the pressure of the sea. Systems are failing everywhere. Something is down here with you…With the station reactor about to go critical, you have to evacuate the lab, and save yourself.

– EPISODE 2: Set after the events of Syren, you play CIA agent, ‘Manning’ in this action packed free roaming shooter. Thrust into a world of violence, you must use your military skills to obliterate the deadly swarm of Syrens stalking you, and make your way to the mystical anomaly.

For a review of the PC version of the Syren VR game jump over to the Road To VR website by following the link below.