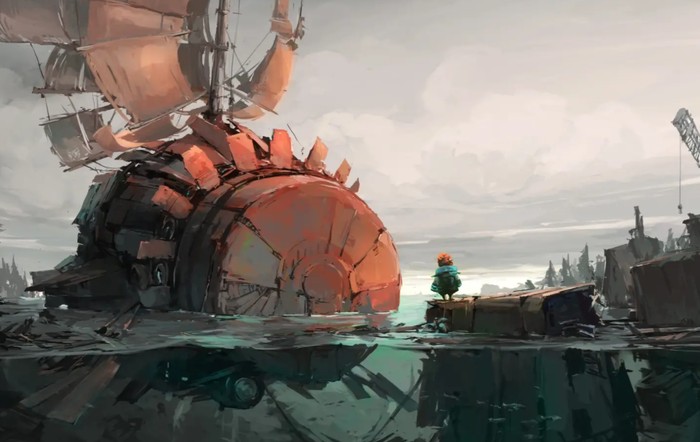 Don Schmocker Creative Lead, Artist and Founder of game studio Okomotive has taken to the official PlayStation blog this week to reveal more details about the new post-apocalyptic PlayStation adventure game , FAR: Changing Tides, launching on the PlayStation platform on March 1, 2022. The game has been created to allow players to “embark on an unforgettable journey” through a post-apocalyptic world and will be available to play on both the older PlayStation 4 and latest generation PlayStation 5.

“FAR: Changing Tides is an atmospheric vehicular adventure that follows the story of a boy who must journey across a flooded, post-apocalyptic landscape at the helm of a unique ship. ” Check out the trailer below to learn more about what you can expect from FAR: Changing Tides which is now available to preorder at a 10% discount for PS Plus members.

“Following the release of our debut game, FAR: Lone Sails, we had a lot of feedback from fans that spoke to how the meditative, reflective nature of the game resonated with them. For FAR: Changing Tides, we wanted to ensure that we captured that same familiar, meditative atmosphere whilst offering players a fresh, thought-provoking experience.

We’ve expanded on the setting seen in Lone Sails but instead of sun-scorched, dusty plains, players will face stormy waters and submerged cities. We hope that this new environment combined with new puzzles and ship mechanics will bring an exciting experience to fans of the series and new players alike. “

“Like FAR: Lone Sails, the narrative of FAR: Changing Tides isn’t told but instead must be found. Players will discover sunken items, images, and buildings – victims of the floods – all of them relics to the past, all of them telling a story. This environmental storytelling presents a very different type of game design, but we feel it helps to build a close bond between the world and the players, as they choose how much of the story to seek and engage with.

With Lone Sails, we found ourselves defining and building elements of the story throughout development, which became increasingly difficult. For Changing Tides we wrote the majority of the story and world-building during pre-production, this gave us better direction and allowed us to plan and design the environments together with the story”