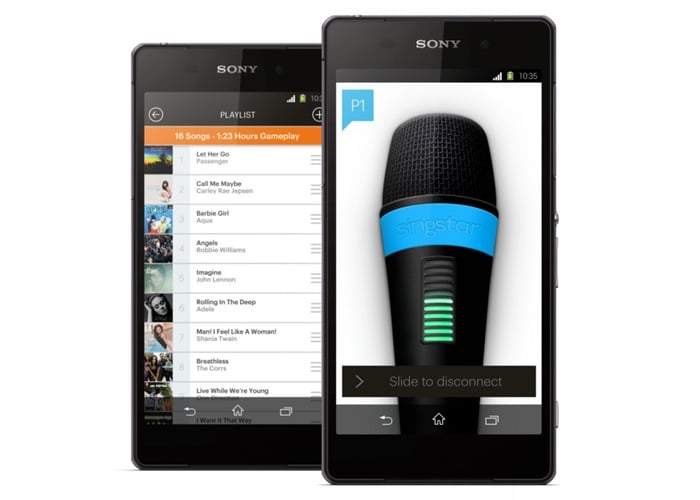 Sony has announced this week that it will be ditching the need for dedicated microphones for users to enjoy singing with its upcoming PlayStation 4 SingStar game.

The new PlayStation 4 SingStar game will now enable players to use either their Android or iOS smart phones as microphones using the built-in microphone of their mobile device once it has been paired with the new next-generation Sony PlayStation 4 console.

To be able to pair your smartphone to SingStar, players will need to be on the same wireless network as the PlayStation 4 and input a four digit code into the free SingStar App for iOS or Android. The PlayStation 4 SingStar smartphone companion application also allows players to build song playlists to keep things moving along.

Sony is also making the latest PS4 Singstar game compatible with the older microphones from the PS3 version allowing you to use these if you already have them.

Within the PS4 Singstar game Sony has also programmed the game to use the PlayStation Camera to assist in group singing and also provide augmented reality effects adding animal heads to players or graphical filters for example.