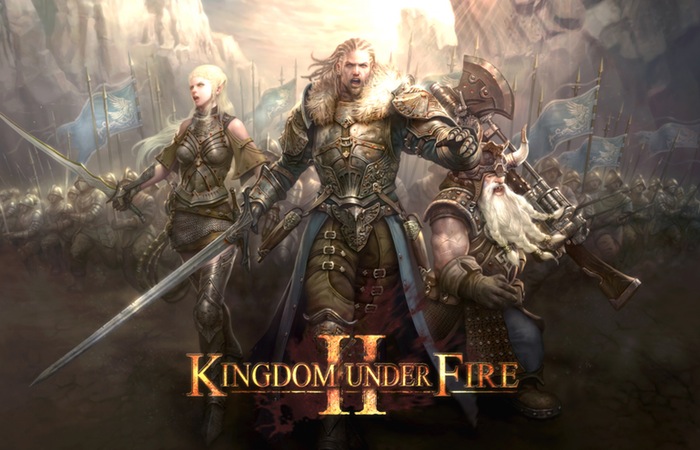 Gamers looking forward to the launch of the new sequel Kingdom Under Fire II that will be launching on Windows and PlayStation 4 consoles later this year, are sure to enjoy this 5 minute massive battle trailer released today.

The new Kingdom Under Fire II game combines real-time strategy, RPG and massively multiplayer online gaming to create an intoxicating mix of gameplay. Check out the early trailer look after the jump to see what you can expect.

The development team over at Blueside are currently working on the new Kingdom Under Fire II game and created the trailer below using real gameplay, that runs on the in-house Blueside Engine.

“The main motif of this trailer is a raid mission — the war against Celes, who is a powerful monster and key character in Kingdom Under Fire II.bEach of the three playable characters in the trailer showcase their unique skills with various troops on the battlefield. However, they face a serious crisis thanks to a powerful attack by Celes. At that moment, Kendal — one of the main characters in the series — appears as support for the playable characters, and the war continues.

The play scene is about extreme mission in the keep of Ecclessia where Celes, the powerful boss monster in Lv.40-50. As you can see in the trailer, hero’s action and massive troop battle is the core of this gameplay. Also the game structure is totally based on MMORPG. This makes players available to level up hero and troop.”