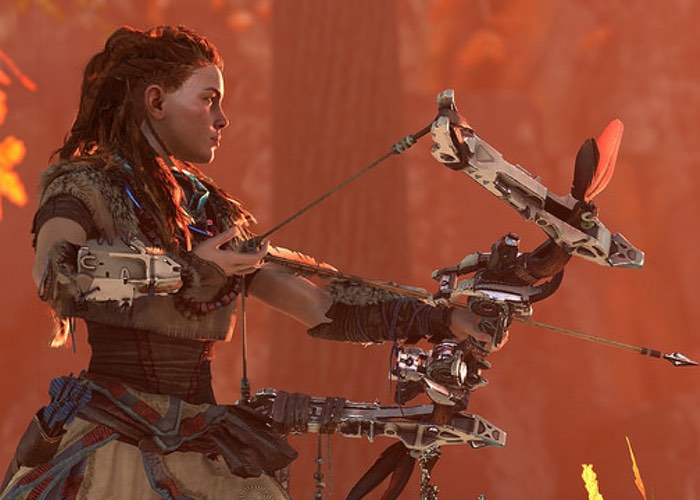 Eight minutes of extended gameplay have been unveiled for the upcoming title, Horizon Zero Dawn, at this years Paris Games Week Press Conference. Providing a good look at what you can expect from the new game that is currently under development.

Horizon Zero Dawn is currently in development by Guerrilla Games and will be exclusively launching on the PlayStation 4 sometime next year.

Jeroen Roding from Guerrilla has also taken to the PlayStation Blog to reveal more details about the game, which until now have been behind closed doors.

Horizon Zero Dawn offers gamers an single player role-playing action adventure in a post-apocalyptic land which is ruled by mechanised creatures. Check out both the extended gameplay demonstration and the original gameplay trailer below.

The game is set in a future 1000 years from the present, in which human civilization has collapsed, and that world is dominated by robotic creatures, which have become the strongest creatures in the world.

The component of these creatures, such as electricity and the metal they are composed of, are vital to Aloy’s survival, and she can loot these creatures’ corpses to find these useful resources. The game’s role-playing elements is said to be similar to that of Assassin’s Creed and The Elder Scrolls V: Skyrim.

As more details are released in the coming months we will keep you updated as always.