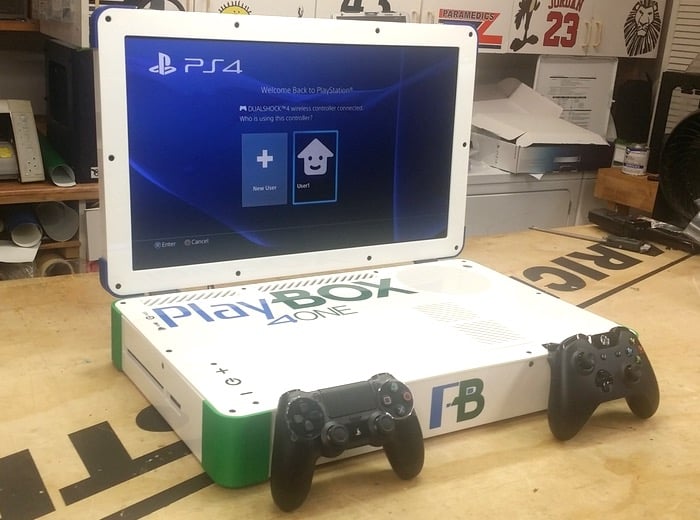 Ed Zarick who in the past has created portable gaming systems based on Microsoft’s Xbox One and Sony’s PlayStation 4 in the form of the XBookOne and PlayBook 4.

Now he has taken his creativity one step further and created the PlayBox which combines both a PS4 and Xbox One into one portable laptop style gaming console. Watch the video below to learn more about this awesome and very unique combination games console system. 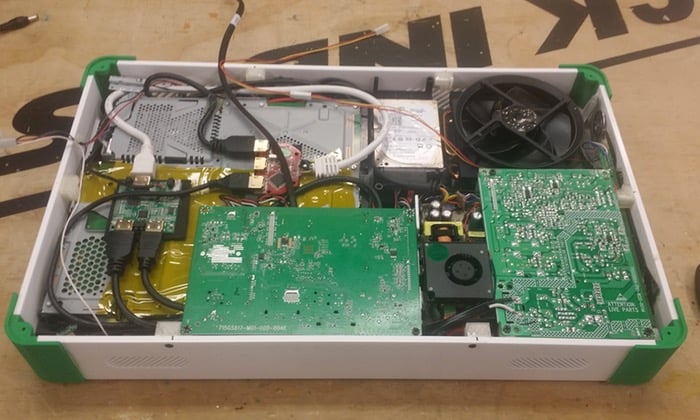 Zarick has equipped the PlayBox with a 22 inch screen and builds upon the technology and design that he used to create his Xbook Duo system, that combines both an Xbox 360 and Xbox One console in a single device. Ed explains :

“The PS4 sits on the left hand side of the unit, and the XBOX ONE is on the right side. The whole unit still only takes one power cord (must be plugged in) and only one unit can be powered on at a time.

This system took a lot of attempts and reconfiguring to make everything fit and still some things had to be compromised to make the system work, for example it was impossible to get the USB ports on the XBOX to be extended to the outside of the case. But the unit does offer Ethernet ports for both units (WiFi for both units also works) Along with HDMI Out.”

For more information on the new awesome PlayBox games console combo jump over to the Eds Junk website via the link below for details and the ability to order your very own.