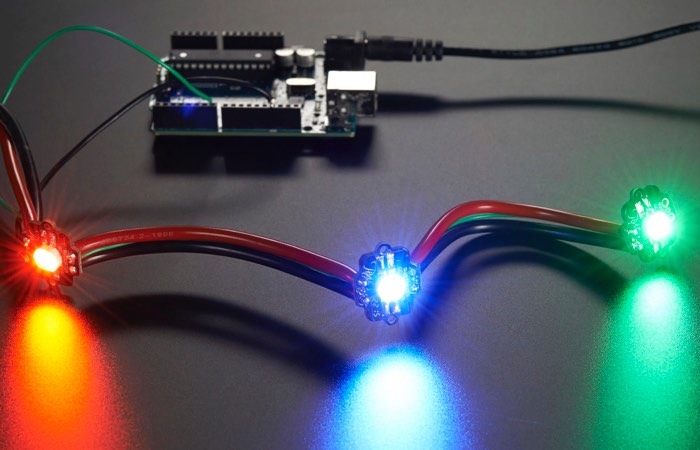 Makers and developers that are building projects requiring LED lighting may be interested in a new piece of hardware that has landed at the Adafruit store in the form of the Pixie 3W Chainable Smart LED Pixel.

Each Pixie is equipped with a Microchip PIC micro-controller and users can send data on the colour they require at standard 115200 baud, at 1 byte per colour and the small LED boards weigh just 2g.

NeoPixels are plenty bright, suuuure. BUT ARE THEY 3 WATTS BRIGHT? No! They are not! That’s why you need a Pixie. These chainable smart LEDs are not only super-smart, they are ridonkulously bright with 3W total, compared to 0.2W of a ‘standard’ NeoPixel. Designed by Ytai Ben-Tsvi, these are the ultimate in LEDs.

You send it the color you want to appear at standard 115200 baud (1 byte per color). You can send a longer string of pixel data and it will ‘forward’ along the messages so you can chain them like a shift register. You only have to send the data once per color change. Once set, the microcontroller does all the PWM handling for you.

You do have to send it data every 2 seconds at a minimum (as a protection against the bright and hot LEDs staying ‘stuck on’, they will eventually timeout if no updates are received). 1 second updates (or faster!) is best.

Jump over to the Adafruit online store for full details and to purchase the Pixie which is priced at $14.95 dropping down to $11.96 for quantities over 100. 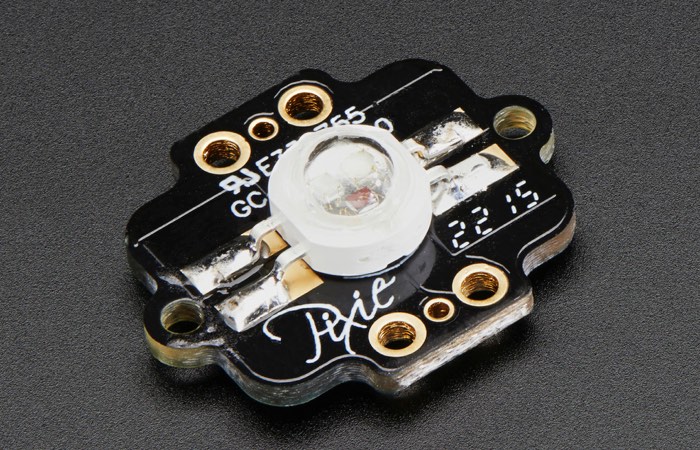