Pixel QI has shown off a new solar panel that is designed to be used in tablets, and the new panel is capable of powering a specially designed tablet that uses just 1w of power.

According to Pixel QI the solar panel can be designed into virtually any shape, for example it could be used around the actual tablet display, so you wouldn’t actually notice that the solar panel is there. 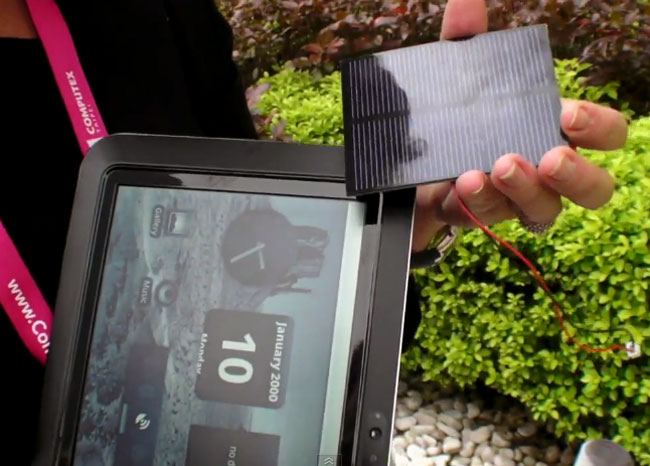 This seems like a great idea, and could have a lot more applications that just tablets, for example ereaders like the Amazon Kindle which use low amounts of power would probably be able to use this solar panel.