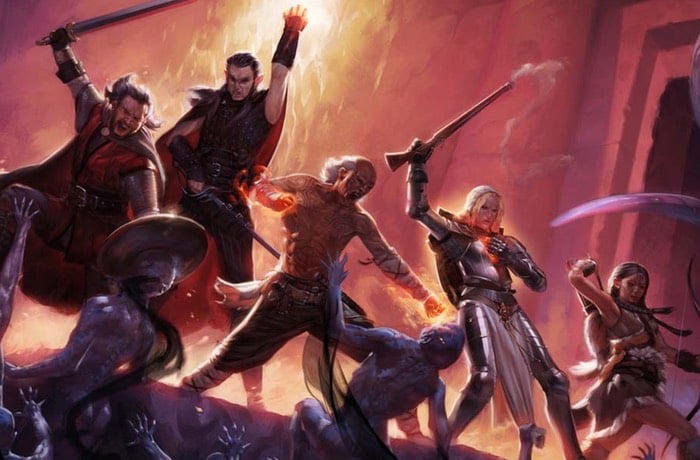 After a successful Kickstarter campaign the new RPG game from Obsidian Entertainment entitled Pillars of Eternity, is now available to purchase via Steam and is available to play on PC, Mac and Linux systems.

The game has been designed to adapt and change depending on the choices you make and the path you choose, And has been designed by the development team responsible for previous titles such as Fallout: New Vegas and South Park: The Stick of Truth.

“Prepare to be enchanted by a world where the choices you make and the paths you choose shape your destiny. Obsidian Entertainment, the developer of Fallout: New Vegas™ and South Park: The Stick of Truth™, together with Paradox Interactive is proud to present Pillars of Eternity.

Recapture the deep sense of exploration, the joy of a pulsating adventure, and the thrill of leading your own band of companions across a new fantasy realm and into the depths of monster-infested dungeons in search of lost treasures and ancient mysteries.

So gather your party, venture forth, and embrace adventure as you delve into a realm of wonder, nostalgia, and the excitement of classic RPGs with Obsidian’s Pillars of Eternity! “

Gameplay features of Pillars of Eternity

– Play as any one of six races: Human, Aumaua, Dwarf, Elf, Godlike and Orlan.
– Utilize five core skills to overcome any situation: Stealth, Athletics, Lore, Mechanics and Survival.
– Deep character customization: Build a character as one of eleven classes such as Barbarian, Chanter, Cipher, Druid, Fighter, Monk, Paladin, Priest, Ranger, Rogue and Wizard.
– Sculpt your own story: Side with various factions using a reputation system, where your actions and choices have far reaching consequences.
– Explore a rich and diverse world: Beautiful pre-rendered environments laced with an engaging story and characters bring the world to life.

For more information on the new Pillars of Eternity RPG game jump over to the Steam online store website for details and to purchase, as well as the Mac App Store.