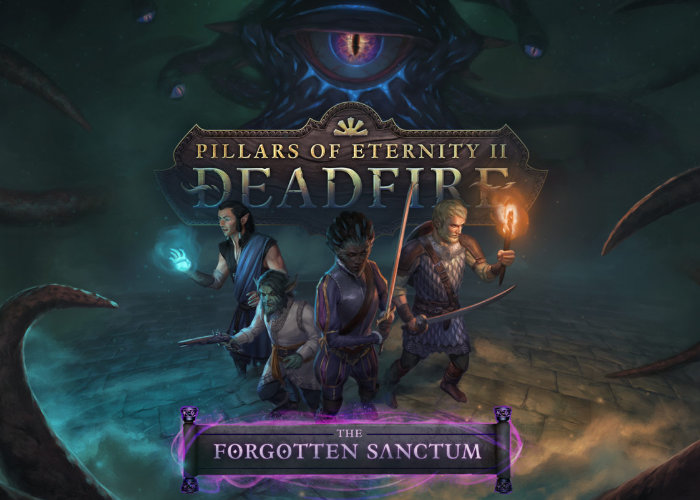 Obsidian Entertainment has this week announced that the release of the Pillars of Eternity II Deadfire game on consoles has been delayed into next year. Although the final paid expansion on PC is now available in the form of The Forgotten Sanctum.  The Forgotten Sanctum is the third major expansion for the game preceded by the “Beast of Winter” and “Seeker Slayer, Survivor” DLC packs.

“When a violent tremor shatters the islands of the Deadfire, the greatest wizards in Eora seek out the aid of the Watcher. The archmage Maura has vanished into the depths of a newly opened dungeon located in the Black Isles and threatens to awaken what lies forgotten there. Follow Maura’s trail and determine the fate of one of the Deadfire Archipelago’s most closely-held secrets.”

The Forgotten Sanctum Brings with it new quests or players to enjoy as well as an immense dungeon to explore. The new expansion is part of the Season Pass or available to purchase separately priced at $9.99

Features of the Pillars of Eternity II: Deadfire The Forgotten Sanctum DLC include :

– Traverse an expansive dungeon built into the flesh of a sleeping god.
– Encounter the highest-level challenges yet faced by the Watcher and their companions.
– Scheme with or defy the wills of Eora’s most powerful wizards.
– Critter Cleaver – Customize the stats and look of in-game pets.

“As a fun bonus to The Forgotten Sanctum’s core content, the DLC also includes the Critter Cleaver – a way for Watchers to get the pet bonuses they like most with the pet appearance they like most. Watchers of any level can find the Critter Cleaver in the Dark Cupboard in Neketaka and finally travel with a pet that has the perfect stats and appearance they so desire.” to learn more about what you can expect from the Pillars of Eternity II Deadfire patch 4.0 jump over to the community forums on the official Obsidian website by following the link below.