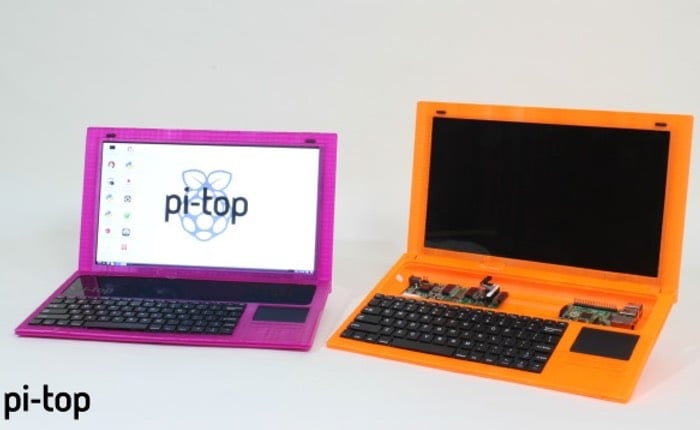 Via Reddit the creators of the awesome Pi-Top Raspberry Pi 3D printed laptop have unveiled their new third version which is now slimmer than previous versions and is expected to launch sometime during May 2015.

Originally the Pi-Top Raspberry Pi laptop was launched over on the Indiegogo crowd funding website and raised almost $174,000, $90,000 more than its crowdfunding goal of $80,000. Check out the video below to learn more about the Pi-Top design.

The Pi-Top version 3 is now 30 percent thinner than previous version and is equipped with a sliding acrylic cover that provides easy access to the Raspberry Pi and internal hardware connections. The team explains over on Reddit :

“One of the most useful modifications from the old Pi-Top prototype to the new one is the addition of left and right mouse buttons,”-“Essentially, there is a PCB (Printed Circuit Board) fixed to the underside of the plastic case which has two tactile button switches mounted on it – pressing these buttons sends a left or right click command to the computer.”

One design change we tried out with the new Pi-Top was designing the lid as a single piece and sliding the screen into it (the last Pi-Top used two pieces that snap together around the screen to form the lid). This meant that we had to print a large 3.5mm cavity than spanned all the way along the length of the lid.”

For more information on the new Pi-Top version 3 laptop jump over to the Reddit website for details via the link below.