Phillips has unveiled a new type of concept lighting which it has been developing, that uses bacteria as the source to create the light. The bacteria within the lighting system is fed with methane and composted material to create an ambient light.

The picture below shows the Probe, a wall of glass cells containing a live bacterial culture that then emits a soft green bioluminescence light. Each cell with the Probe is connected via a network of silicon tubes, to the food source reservoir at the base, creating a closed loop system for the living material. 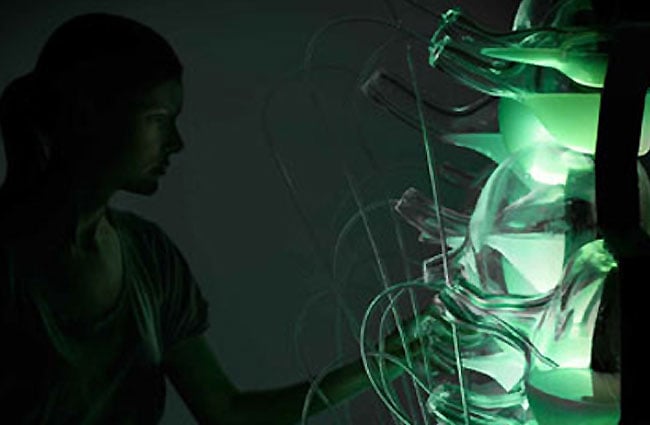 Luminescence technology is where light is produced at low temperatures, as opposed to incandescence light, which is generated as a result of high heat. The system also has the possibility to be filled with fluorescent proteins that emit different frequencies of light.

For more information on the concepts and project jump over to the Phillips design website.