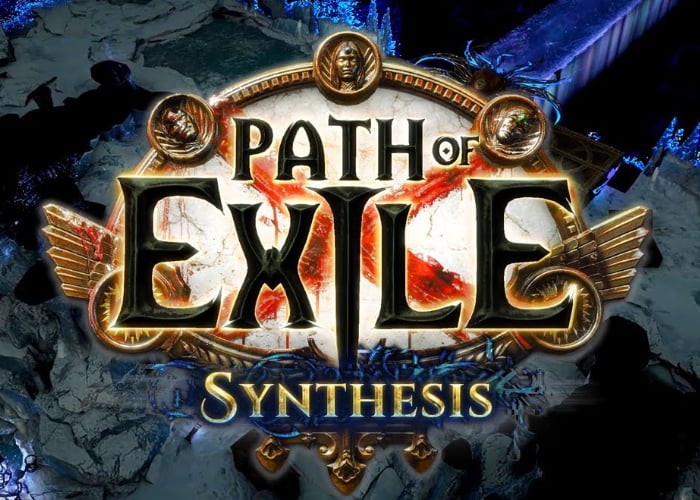 Features of the new Path of Exile: Synthesis expansion include :

– The Synthesis Challenge League: With a fresh economy and new mechanics, the Synthesis Challenge League is ideal for existing, returning, and brand-new players to experience the award-winning gameplay Path of Exile has to offer.
– A Mysterious New NPC: In Path of Exile: Synthesis, players will meet a new NPC called Cavas and help him recover his lost memories by fighting their way through them and then stabilising them to collect a fragment of that memory.
– Synthesize New Areas: Cavas’ memories can be combined to synthesize dangerous and unstable new areas that players can run for valuable rewards. Players will discover many strategies for combining memories for maximum rewards, including challenging boss encounters and their valuable treasures.
– Fractured Items: While exploring Cavas’ memories and areas synthesized from them, players can find Fractured Items, a new type of rare item that has some of its properties locked in place. These properties can’t be modified by random crafting actions performed on the item, which makes them a powerful way to craft efficiently.
– Synthesized Items: Players can combine Fractured Items in a device to create a Synthesized Item – a special base type where the implicit properties are influenced by the properties on the Fractured Items consumed. These Synthesized Items offer very powerful crafting opportunities.
– Betrayal goes Core: Due to popular demand, December’s BetrayalLeague is being integrated into the core game as evergreen content.
– Balance: Path of Exile: Synthesis includes a balance focus on spellcasting, especially around improving hand-casting (casting a spell naturally without using a totem/trap/mine to do it for you). This process includes a numerical balance pass over all offensive spells in the game.
– New Archetypes: With its emphasis on spellcasters, this expansion also introduces two new character archetypes – the Chaos and Holy casters. The new skill and support gems added for these archetypes also affect dozens of other Path of Exile builds that might find them useful.
– New Gems: Path of Exile: Synthesiscontains 14 new Gems, including seven new Skill Gems, four new Support Gems and three complete revamps to existing Gems.
– New Items: Like any Path of Exile expansion, Synthesis contains masses of valuable new items to find and hoard. Alongside the new Fractured and Synthesized Items, players can discover 16 new Unique Items and 16 Divination Cards designed by Path of Exile’s supporters.
– The Atlas has Shifted: The Atlas of Worlds (a chart of Path of Exile’s end-game maps) has been updated, with new positions for existing maps, and many more secret player hideouts to discover attached to these maps.
– Available on PC, Xbox One and now PlayStation 4: Path of Exile: Synthesis is not just coming to its existing platforms of PC and Xbox One, but will also be available on PlayStation 4. All versions are, of course, 100% free to play.