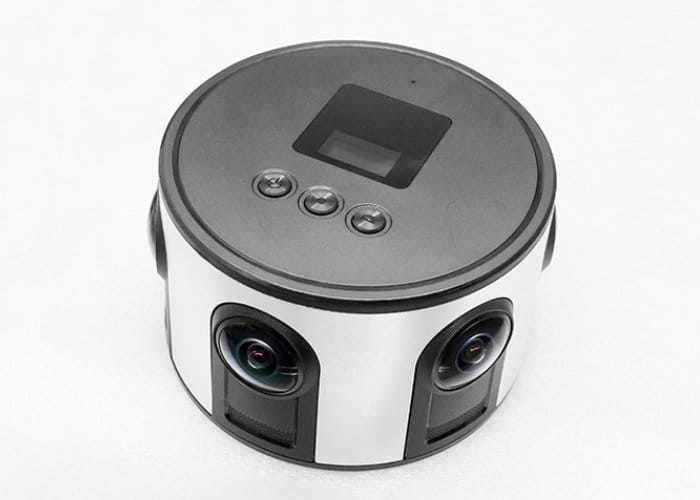 Pano-S is a new ultra-high resolution 360 VR camera designed for professional VR photographers to “bring virtual reality to life”. The affordable portable 360 camera is capable of capturing 4K HD video and 8K Ultra clear pictures. Thanks to six cameras which then use the Autopano stitching software to complete a high quality panoramic image. Watch the demonstration video below to learn more about the Pano-S which has taken to the Kickstarter crowdfunding website this week to raise the £36,000 required to make the jump into production.

Equipped with six fish-eye lenses and enclosed in an aluminium alloy outer casing the camera system weighs just 650g and is easily transported to wherever you may need to capture 360 images or 4K video footage. The internal 6,000mAh battery can easily be recharged and provides three hours to capture photos or over one hour to capture 360 4K video.

The development team behind the Pano-S 360 VR camera explain that the “best partner for Pano S, Autopano provides advanced image processing and amazing photo retouching. It can deliver end-to-end post, from ingestion to 30 frames high-quality stitching to encoding, or can be a powerful first-step in your editing workflow.”

For more information, full specifications and a list of all available pledges jump over to the official Pano-S crowdfunding campaign page by following the link below.