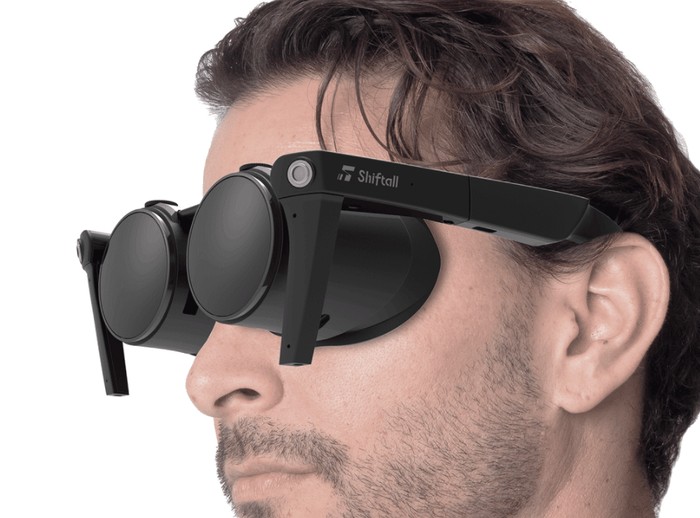 Panasonic has this week introduced and showcased its new MeganeX lightweight VR glasses at CES 2022 this month providing a first look at what you can expect from the VR glasses currently under development. As you can see from the what seems to be a photoshopped image of the prototype VR headset.

The latest design builds on the company’s previous unveiled VR headsets offering six degrees of freedom (6DOF) movement with many of the specifications offering similar features and benefits. The MeganeX is equipped with 1.3 inch micro displays offering an individual eye resolutions of 2,560 × 2,560 pixels and a refresh rate of 120 Hz. Currently the VR headset is supported by SteamVR using a USB connection but as yet no stand-alone platform support has been revealed by Panasonic.

The Panasonic MeganeX are powered by a Snapdragon’s XR1 processor and way just 250 g and feature foldable frames allowing them to be easily transported or stored when needed. Unfortunately nowhere the details on pricing or availability have been revealed as yet, although Panasonic has suggested the retail price will be under $900 if and when the VR headset makes it to market. As soon more information is made available by Panasonic later this year we will keep you up to speed as always.