It looks like there may be another reason to take a look at the Palm Pre when it arrives, it will be able to automatically sync with iTunes, and iTunes will recognize it as an iPod.

The Palm Pre will be able to automatically sync non DRM tunes from your iTunes library, as well as just about everything else in iTunes, excluding DRM music and of course iPhone applications. 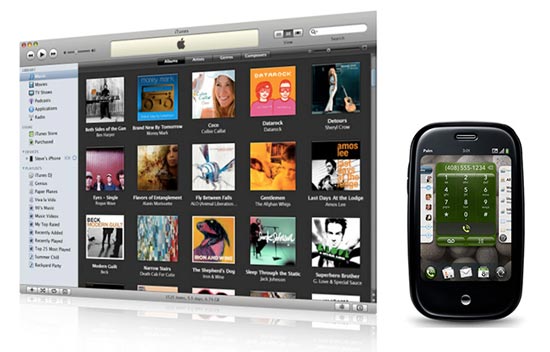 The Pre makes iTunes think that it is an iPod, and when it is plugged in the same options come as do with an iPod, you get the choice to use it as a USB mass storage device, or sync with iTunes.

This is a pretty clever move by Palm, it will be interesting to see how Apple respond, on one hand they could just block it in the next update, or take legal action against Palm, or they could let it go and get a bunch of new iTunes customers when the Palm Pre launches, personally I think the will go with the first option.