Earlier today we showed you the Chopper 2 iPad game that uses your iPhone as a controller over Bluetooth, the game hasn’t been approved by Apple, and we weren’t sure if it was going to be.

Now it turns our there is actually a game already available in the App Store that uses your iPhone as its controlled, and it is called PadRacer. 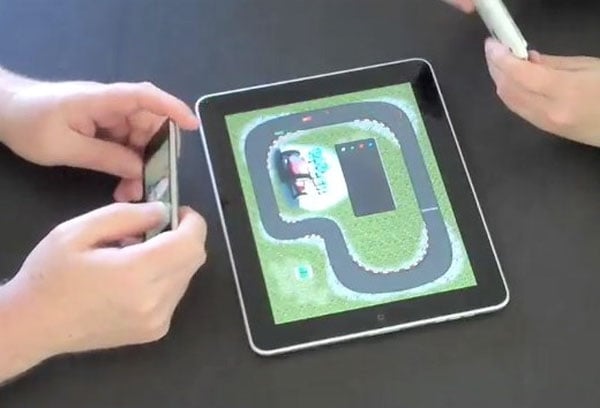 As you can see in the video above, you use your iPhone to move the racing cars around the track. The game is available now from iTunes for $4.99, and you can have up to four players playing at once.

I guess these sort of games will end up turning the iPhone into the world’s most expensive gaming controller, and we can expect to see many more games for the iPad that uses the iPhone as its controller.