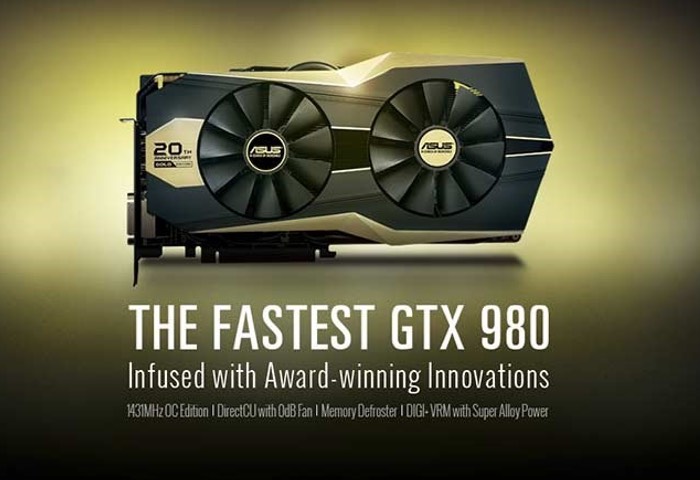 Asus has unveiled a new edition of their GeForce GTX 980 graphics card which has now been overlocked to provide even more power in the form of the Asus GeForce GTX 980 20th Anniversary Gold Edition. 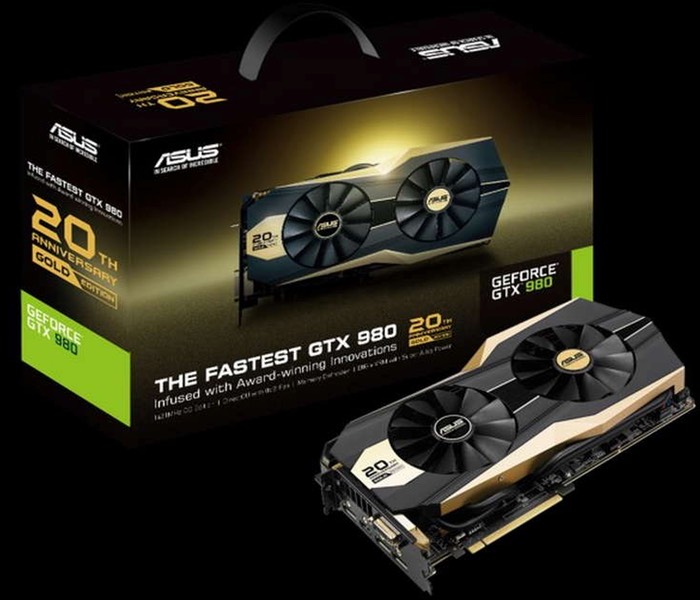 The Asus GeForce GTX 980 20th Anniversary Gold Edition is expected to be priced around $600 plus taxes when it launches, although no official pricing or release date have been announced by Asus at the current time. But as soon as anything is announced we will keep you updated as always.