A report has surfaced from Appsfire that claims that since the Android OS and iPhone launched there have been a total of a million apps for both platforms combined launched onto the market. There are a few caveats for these numbers though. 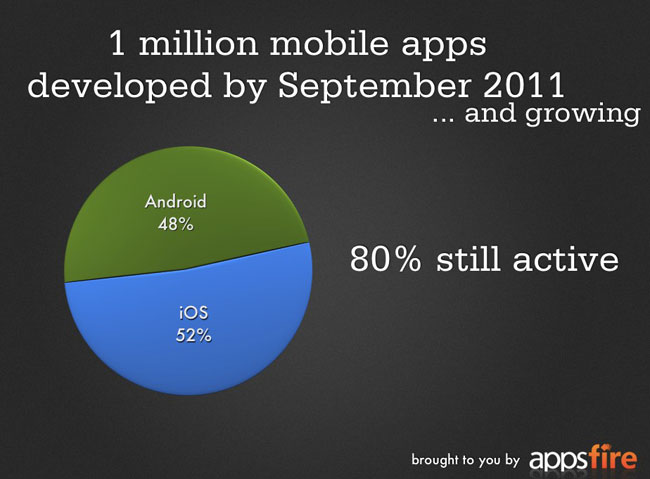 First, the apps that are on both platforms were countered twice. The second is that apparently only 80% of those apps are still active today. With the majority of them, likely to be duplicates and stuff that no one really wants the amount of usable apps that people actually download is likely much smaller than that 800,000 number.

The split of apps gives Android 48% of the total number launches. iOS is a bit higher at 52% of the apps ever launched. It’s interesting that the iPhone has been around a lot longer so Android is coming on strong.