Yalp InterActive has announced the launch of a new DJ controller they have created in the form of the solar powered Fono DJ Table, that has been designed to be positioned outdoors in places where youths might meet, allowing them to express themselves using just a smartphone and a few DJ skills.

It might not be a fully professional DJ controller but the Fono DJ Table is equipped with physical turntables, a crossfader and the ability to add effects. Check out the video after the jump to learn more about this innovative new weatherproof DJ table. 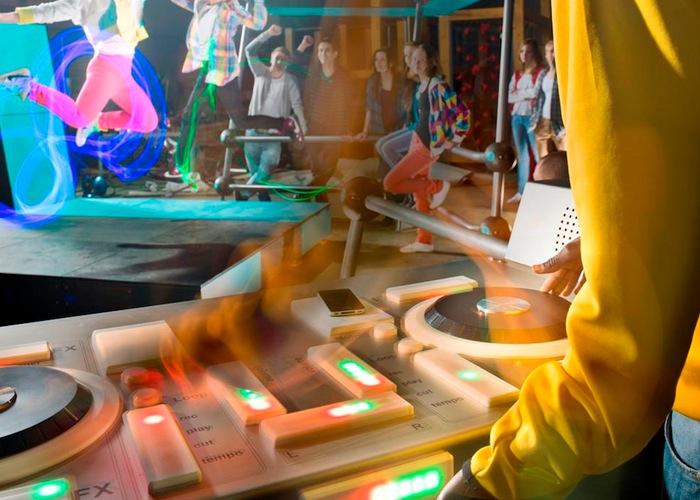 “Rob Tuitert, one of the designers at Yalp, explains that the Fono DJ Table is very easy to use you don’t need specific DJ skills, neither do you need to carry a suitcase loaded with vinyl records.

The outdoor turntable is smartphone-compatible, runs on solar energy, and has a roof so that you can use it when it rains. Sounds good! There’s only one little thing: Who wants to live next to a Fone?” explains Pop Up City.

For more information on the new Solar Powered Fono DJ Table jump over to the Yalp Interactive website for details, and the €18,500 Fono DJ Table can be put throughout its paces at installations at a variety of Fono-occupied cities in Europe and Australia.