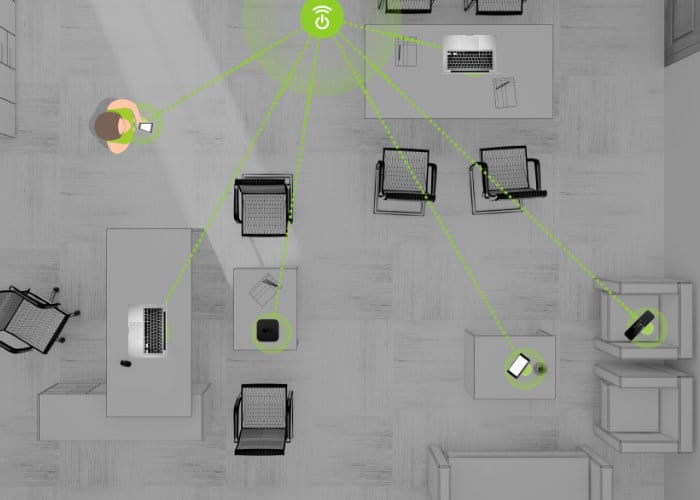 This month Ossia has been showcasing its new Ossia Cota “Forever Battery” that is capable of recharging itself by sucking power from the air around it. The new technology which sounds as though it’s come straight from a science fiction movie uses long-range wireless power delivered without the need for cables, batteries, line-of-sight, or charging pads, taking wireless charging to the next level.

The wireless charging technology is not something currently under development or a service that will be launched in years to come, but is now available and offers a “proven wireless power system” says Ossia. That uses radio frequency, much like WiFi to recharge your devices automatically when in range of a Ossia Cota wireless charging terminal. Similar to that used by wireless charging pads, the system is much more powerful and is capable of charging multiple devices simultaneously around a room.

The high-powered wireless charging system was showcased during this month’s CES 2018 technology show in Las Vegas. The Cota Transmitter contains dozens of tiny RF antennas, that communicates wirelessly with other similar antennas mounted within an AA battery, charging cases, or hypothetical smartphone devices to help keep them powered without the need to charge via cable or even place near a charging pad. The Cota transmitter, can be any shape, and receives the signal and sends power back through all of the same paths the receiver used. This multi-path functionality allows it to continuously and safely send power to a wide variety of devices in a home or office.

For more information on the high-powered wireless charging technology jump over to the official Ossia website by following the link below.