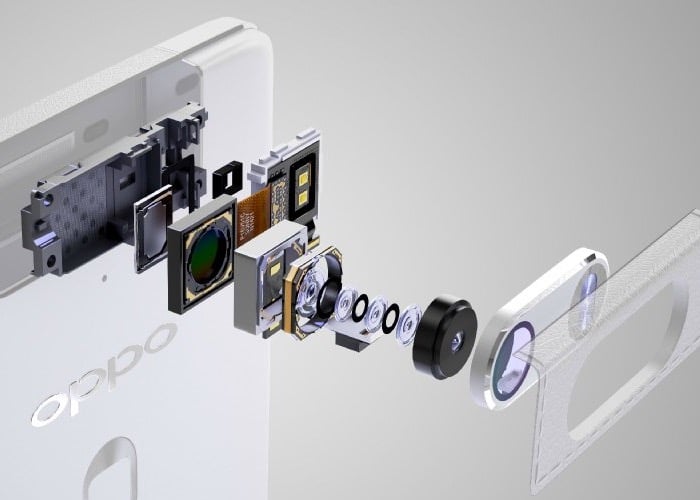 Over the last few weeks more and more details have been teased about the camera module that will be included in the new Oppo N3 smartphone when it is launched at the already announced Oppo media event taking place later this month on October 29th.

To whet your appetite a little more before the official unveiling Oppo has today again teased their new Oppo N3 camera module by releasing an exploded view of the 16 megapixel camera unit revealing its inner workings for the world to see.

The design of the new Oppo N3 camera allows it to rotate 180 degrees and from look of earlier videos may even be motorised. Its rumoured that the new Oppo N3 smartphone is equipped with a 5.9 inch display offering users a pixel resolution of 1080 x 1920 pixels and is powered by a Quad-Core 2.7 GHz Qualcomm Snapdragon 805 CPU supported by 3GB of RAM.

The Oppo N3 will also be supplied running Google’s latest Android 4.4 KitKat operating system which is supported by an Adreno 420 GPU for graphics. Together with new fast charging battery technology that will allow users to recharge the smartphones battery to 75 percent in just 30 minutes.

Unfortunately no information on Oppo N3 pricing or a worldwide release date has been announced as yet by Oppo, but expect plenty more information to be made available on October 29th 2014, when we will update you further. 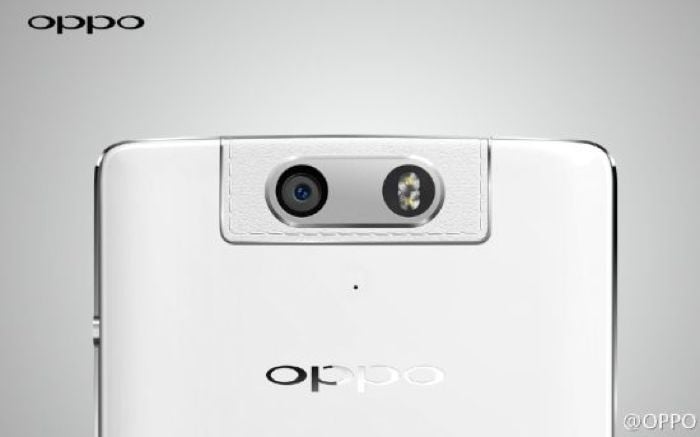