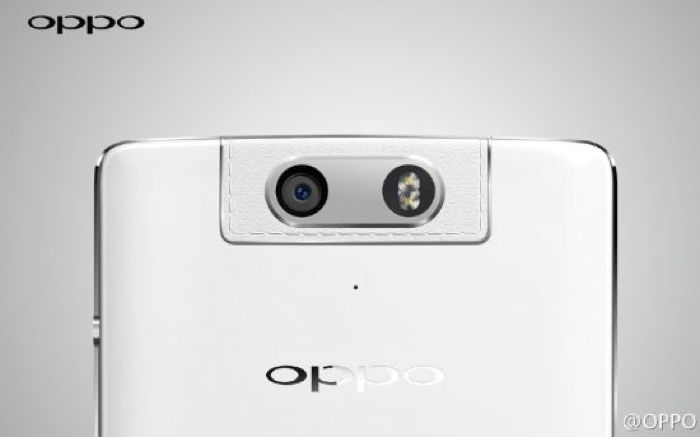 Oppo have been teasing their latest Android smartphone over the last week, the Oppo N3, which will be made official at a press event on the 29th of October.

One of the main features of the Oppo N3 will be the camera, the device will come with a camera that rotates 180 degrees, and it looks like this new camera will be motorized, have a look at the video below.

The camera on the handset will be a 16 megapixel version with a 1/2.3 inch sensor, as it can be changed to the back and front camera, you will get the same quality of photos for Selfies and normal photos.

Other rumored specifications on the device include a 5.9 inch full HD display with a resolution of 1920 x 1080 pixels, the device will also feature a quad core 2.7 GHz Qualcomm Snapdragon 805 processor.

The Oppo N3 will come with 3GB of RAM and will feature an Adreno 420 GPU for graphics, the device will also come with Android 4.4 KitKat.

As Oppo have been teasing the device over the last week, we are expecting the company to reveal more information on the Oppo N3 before its is made official on the 29th of October, as soon as we get some more information, we will let you guys know.