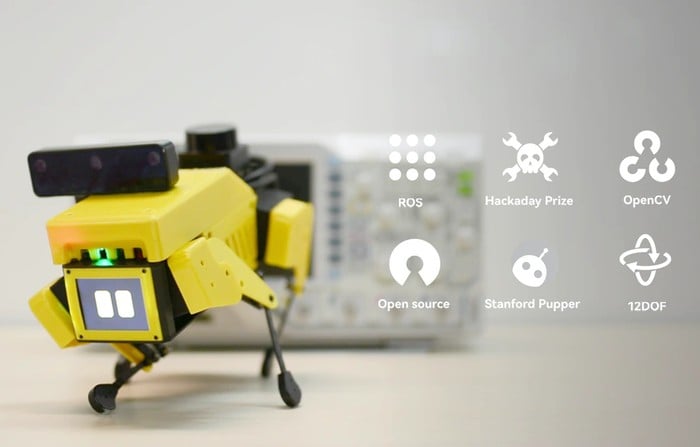 If you are interested in learning more about robotics and building your very own open source robotic dog you may be interested in the aptly named Mini Pupper robot kit launched via Kickstarter this month. The robot kit has already raised over $250,000 thanks to over 500 backers with still 24 days remaining and takes the form of a quadruped robot that can hop, run and walk with 12 degrees of freedom (DOF).

The affordable robot kit offers a wealth of features including a ROS (Robot Operating System) SLAM, Navigation, OpenCV AI functions and more. “Mini Pupper is the dream sidekick for you to learn and experiment with robotics, exploring advanced functions of a dynamic robot that would typically not be available at this price point” say its creators. 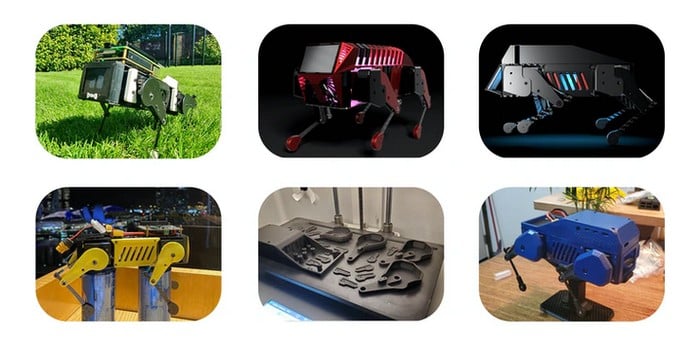 Early bird pledges are now available for the recently launched project from roughly $279 or £206 (depending on current exchange rates), offering a considerable discount of approximately 36% off the final retail price, while the Kickstarter crowd funding is under way.

“Mini Pupper is a dog-shaped robot that is aimed at stimulating and empowering your creativity. That’s why we are not presenting it as a closed project that can’t evolve from here. On the contrary, Mini Pupper leverages Ubuntu and ROS to operate its FSN (Full Self-Navigation) System. MiniPupper supports SLAM (Simultaneous Localization and Mapping), it can map its environment and learn in real-time from things around using Lidar or a camera sensor. “ 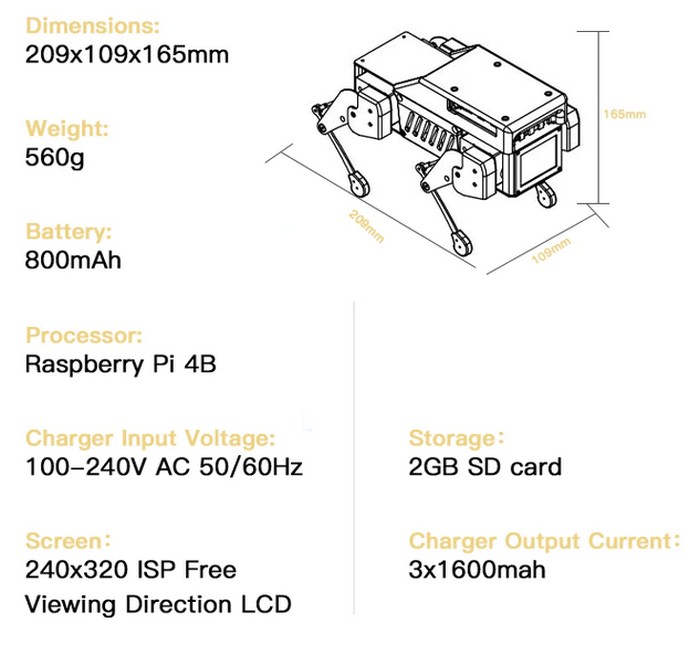 “Mini Pupper’s design was based on the feedback we received from our existing customers. The ease of use, assembly and disassembly are the result of precious feedback from users that allowed us to keep improving what ultimately came to be a user-centric robot that you can easily understand, explore, learn from, and play with—and for a price that most can afford!”

“Mini Pupper’s software is compatible with Robot Operating System (ROS) using a forked version of Champ Quadrupedal Framework led by Juan Miguel Jimeno. The software stack runs on a customized hardware based on Stanford’s Pupper project. Many thanks to the open source community for making Mini Pupper a reality.”

For a complete list of all available early bird pledges, stretch goals, extra media and specifications for the robot dog kit, jump over to the official Mini Pupper crowd funding campaign page by checking out the link below.