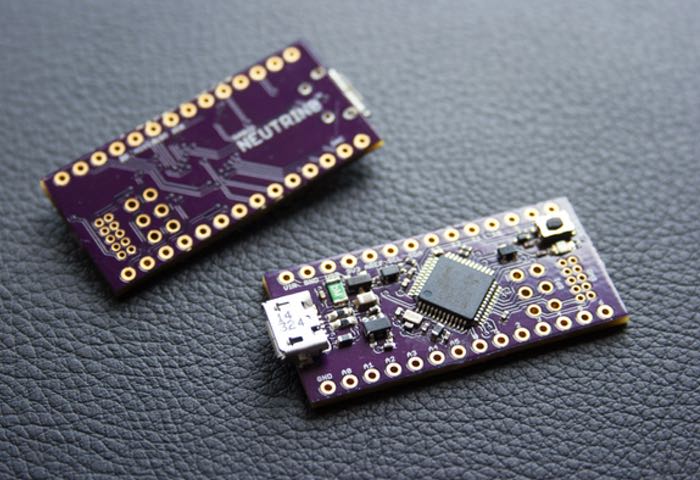 Arduino makers, developers and hobbyists that have been searching for a development board that is smaller than the Arduino Zero, are sure to be interested in the Neutrino that has been created by Rabid Prototypes.

The Neutrino is fully open source and is equipped with a 32-bit 48MHz ARM Cortex M0+ micro-controller and fully Arduino compatible.

Watch the video below to learn more about this extremely small open source micro controller and how it may be able to help you develop the features of your next project.

The Neutrino project is currently over on the Kickstarter crowd funding website looking to raise $5,000 in pledges to make the jump from concept to production. Its developers Rabid Prototypes explain a little more about why they created the Neutrino

“The Neutrino is an inexpensive, open source, miniaturized version of the Arduino Zero! Featuring a 32-bit ARM processor running at 48MHz, and boasting 32K of ram, the Neutrino is far more capable than your typical Arduino.  And because it has the same processor and pinout, all libraries written for the Zero will work on the Neutrino without any modification!

Finally, being open-source, you’re free to modify it as you wish and integrate it into your own designs – without ever needing to pay any royalties or licensing fees!”

Features of the Neutrino include :

So if you think Neutrino is something your Arduino projects could benefit from, visit the Kickstarter website now to make a pledge and help Neutrino become a reality.