Peter Lau was previously the vice president of smartphone maker Oppo, the left the company last month, and has now revealed his new project, a smartphone company called OnePlus.

Peter Lau and OnePlus have a simple goal, to create the best smartphone possible, and they are looking to create a high quality smartphone with a ‘beautiful’ design. 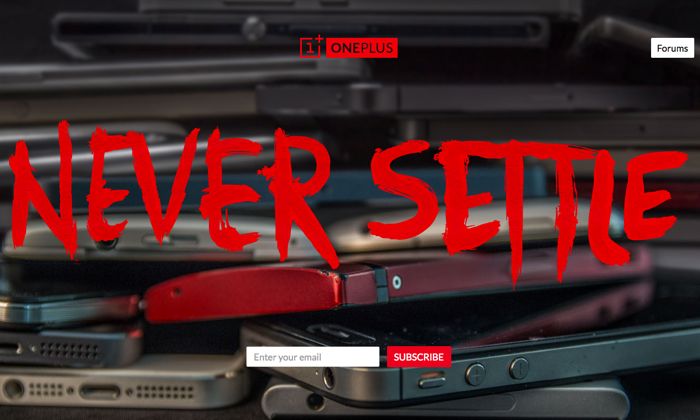 Companies flood the market today with devices of all kinds. Some have the latest hardware, others have great software, and many come cheap. But all ultimately sacrifice something to cut cost and drive profit. Devices are now born from financial metrics and bottom lines rather than uncompromising passion and innovation.

We believe in a world where product comes first, and everything else is secondary. We don’t accept the excuse that you can’t create a perfect phone at a disruptive price. We’re doing this right.

As yet there are no details on the company’s first smartphone, what we do know is that new device will be sold online, and it will probably come with Android.

Considering that Peter Lau worked previously with CyanogenMod on their first smartphone, the Oppo N1, when he was at Oppo, we wouldn’t be surprised if the company releases a device with CyanogenMod.

As soon as we get some more information on exactly what OnePlus has planned for their first smartphone, we will let you guys know.