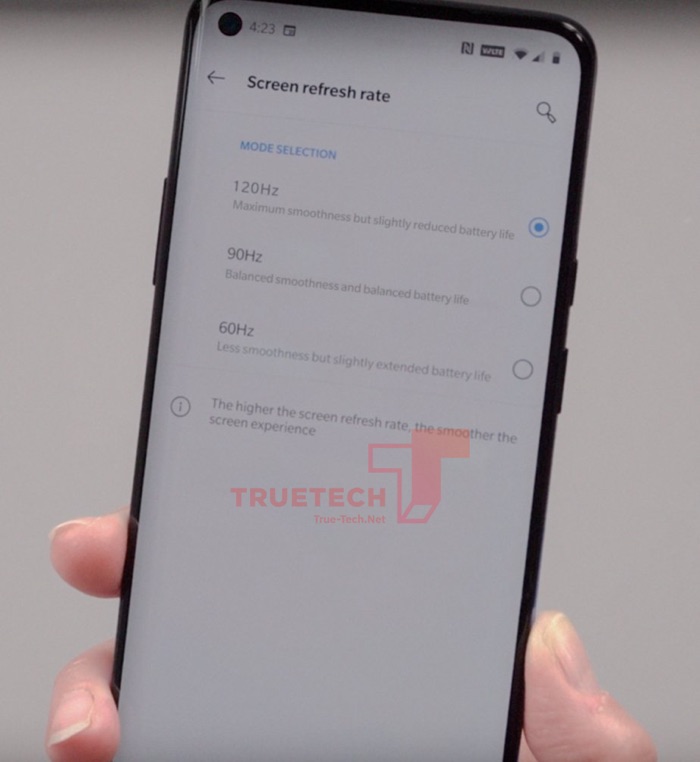 We already know some details about the new OnePlus 8 Pro smartphone, the company has previously revealed that it will come with a 120Hz display.

Now a leaked photo has appeared online showing the new OnePlus flagship and also confirming that the handset will have a 120 Hz display.

The photo also confirms that there will be a single front facing camera with a punch hole style notch and there will also be the ability to switch between various refresh rates of 60 Hz, 90 Hz and 120 Hz.

The new OnePlus 8 is expected to come with a Qualcomm Snapdragon 865 mobile processor and 12GB of RAM, it will also come with Android 10 and we are expecting the cameras to be updated over the OnePlus 7. As soon as we get some more information about the new OnePlus 8 Pro including some more photos of the handset, we will let you guys know.