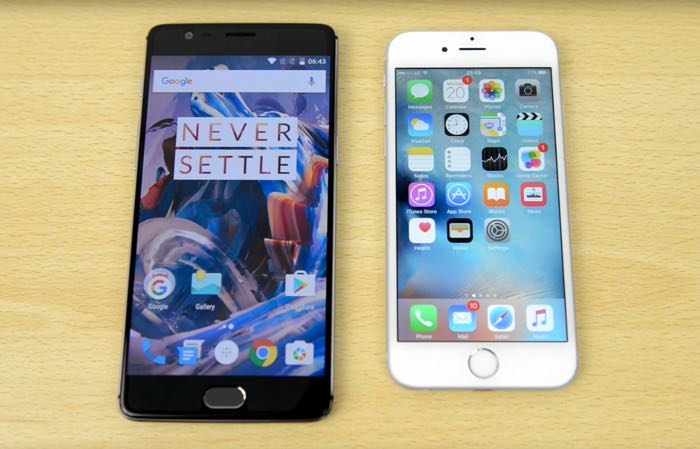 We recently saw a speed test of the new OnePlus 3 smartphone up against the iPhone 6S and now it is time for the fingerprint scanners on the two handsets to go head to head.

According to OnePlus their new smartphone has one of the fastest fingerprint scanners available in a smartphone today, have a look at the video below of the two handsets against each other.

As we can see from the video the OnePlus 3 appears to be faster than the iPhone 6S in this fingerprint test.